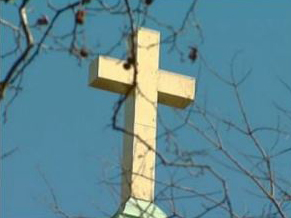 PHILADELPHIA -- The Roman Catholic Archdiocese of Philadelphia says it has resolved all but one of the cases involving allegations of child sex abuse by priests with the announcement Sunday that five more priests have been removed from ministry, CBS Philadelphia reported Sunday.

More than a year ago, Father Michael Chapman was cleared of an abuse allegation by the archdiocese's review board and deemed suitable for ministry. But archdiocese spokesman Ken Gavin says Chapman — most recently of the Ascension of Our Lord parish — has again been removed, for a subsequent and substantiated abuse allegation.

"He had never been returned to a parish," Gavin said. "He was placed right back on administrative leave and that's where he remained."

Gavin says four other priests were removed for having violated standards of ministerial behavior and boundaries, not actual abuse.

Gavin says two priests were deemed suitable for ministry after a review.

The cases are among 26 that arose from a 2011 grand jury report charging the Archdiocese with failing to protect children from predatory priests.

One case is still under review.

In a case unrelated to the grand jury report, the archdiocese also announced it has placed Father John Paul on administrative leave, following allegations that he sexually abused minors more than 40 years ago.

The archdiocese says the allegations arose late in 2012 and were referred to law enforcement, which declined to press charges.

Paul resigned as pastor of Our Lady of Calvary in November. The archdiocese says he will remain on leave while an internal investigation continues.