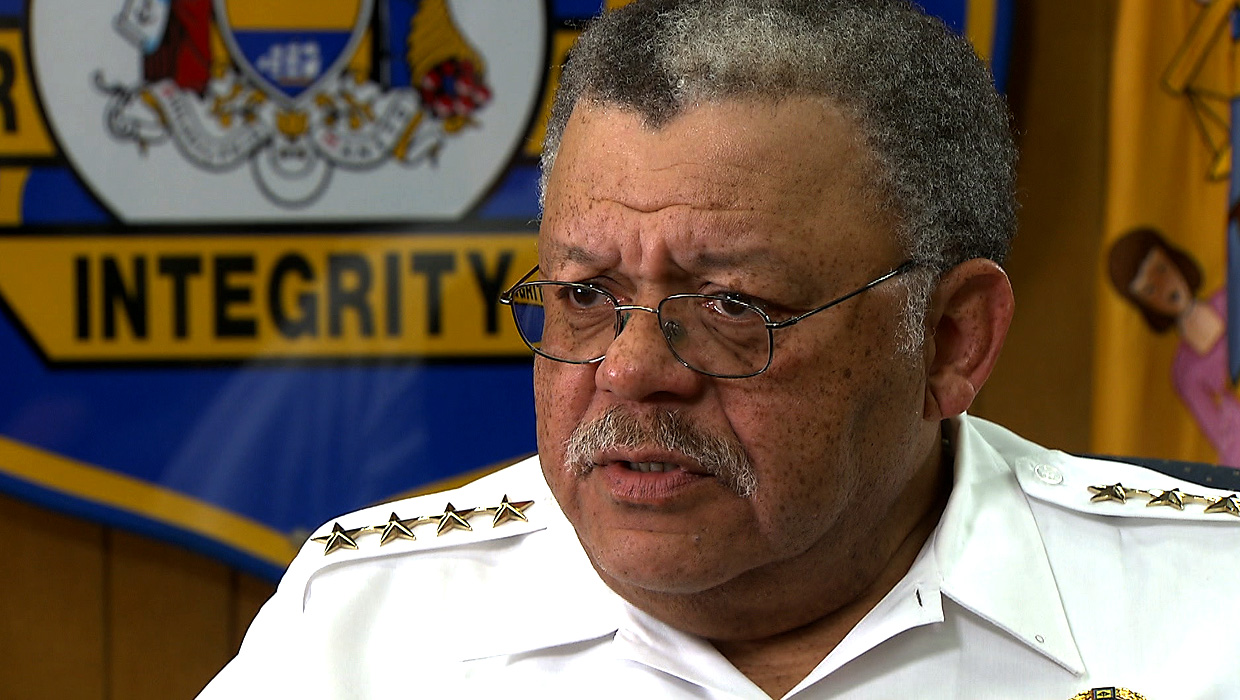 (CBS News) PHILADELPHIA -- The confrontation that led to Michael Berry's death on a Philadelphia sidewalk last summer was captured on surveillance video.

Berry, seen leaning through a car window, had just stabbed a man he'd gotten into a fistfight with moments earlier, when plainclothes officers from the Philadelphia Police Department arrived. One officer fired seven shots, killing Berry. The Philadelphia District Attorney's office said the shooting was justified.

"I take this very, very seriously," says Philadelphia Police Commissioner Charles Ramsey. "There is nothing more serious that an officer can do to take another life or shoot another individual."

The case is one of 125 police-involved shootings in Philadelphia that have taken place since 2011. Thirty-seven people have died, and in some neighborhoods, anger has boiled over, as it did in May, when officers shot seven people in one week. Four died.

After May's deadly police shootings, Commissioner Ramsey took the extraordinary step of asking the Justice Department to examine his department's use of force.

Three Philadelphia police-involved shootings in a day, one fatal, amid call for review of deadly force

"There are parts of our city that think that I'm taking a step that's not necessary," Ramsey says. "There are members of other communities, primarily minority communities, that think perhaps that there is too much police presence, and that perhaps we are too heavy-handed."

Commissioner Ramsey is confident that all his officers' shootings were justified.

Some would argue, though, that by asking for this review, it is undermining the authority of the police officers who are out there and second-guessing what it is that they've done.

Since he became Commissioner in 2008, seven officers have died. Four were shot to death. Their pictures hang on his wall.

"I look at this as much as an officers' safety effort as I do anything else," Ramsey says. "Making sure that the officers' tactics are such that they can keep themselves safe when they encounter these very dangerous people."

The Justice Department review is expected to take a year-and-a-half. Commissioner Ramsey says he plans to implement whatever recommendations are made.