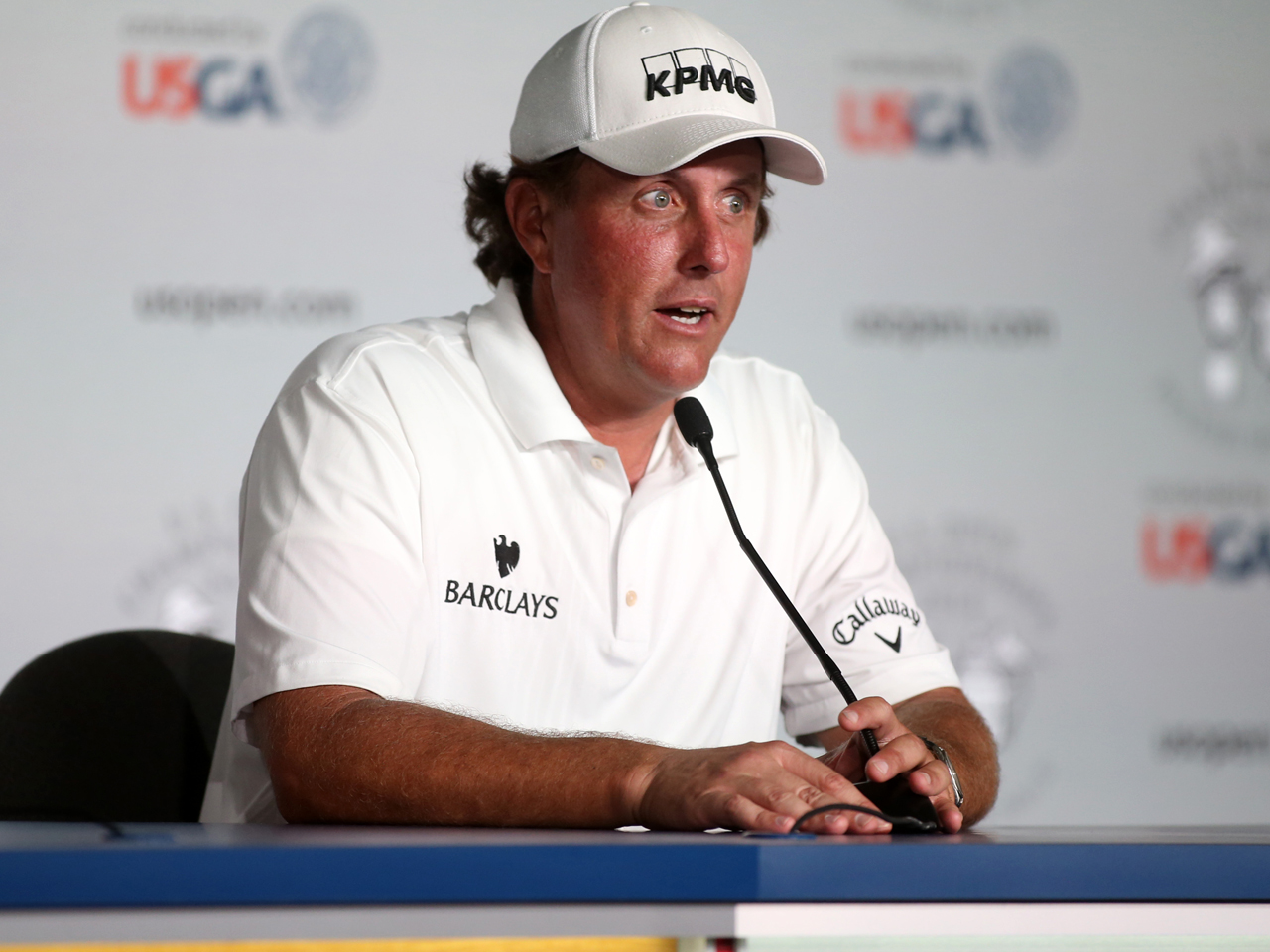 Citing four people briefed on the matter, the Times reports that the FBI and the Securities and Exchange Commission have found no evidence that Mickelson traded shares of Clorox just before the stock was driven higher by a 2011 takeover bid from activist investor Carl Icahn.

Sources who previously provided the Times with information about Mickelson's role in the investigation are now saying that they made a mistake.

Mickelson is still under investigation for trades in Dean Foods Co. in 2012 that produced nearly $1 million, one of the four people briefed on the matter told the Times. Mickelson has said he's done nothing wrong.

The FBI has told Mickelson that the government has no plans to file criminal charges against him, two of the four people told the Times. The two-year investigation hasn't produced criminal or civil charges against anyone.

Investigators want information from Mickelson about Las Vegas gambler Billy Walters, who is being investigated in the Clorox and Dean Foods trades, the two sources told the Times. Mickelson was approached by FBI agents on two occasions, at an airport and on a golf course during a tournament, according to the Times.

The authorities' initial theory in the case was reportedly that Icahn passed information about his Clorox plans to Walters, who then purportedly used the tip to make trades and also shared the information with Mickelson. The authorities are also still investigating Icahn over the Clorox trades, the Times reported.

Icahn, 78, is one of Wall Street's most successful corporate raiders, famous for buying stock in underperforming companies, pressuring them to reform and selling out for a fat profit. In recent years, his targets have included Apple Inc., EBay and Dell Inc. His efforts have made him one of America's richest people: Forbes magazine puts his net worth at more than $20 billion, making him the 18th-wealthiest American.

In the 1980s, he pioneered so-called greenmail raids in which financiers threatened companies with hostile takeovers unless they were paid a premium to go away.

Walters is a high-stakes gambler and developer who owns The Walters Group. The company operates several golf courses. He has said he earns $15 million a year gambling on sports.

Mickelson, 43, was inducted into the World Golf Hall of Fame in 2011. He teed off at the U.S. Open in North Carolina Thursday with a chance to become only the sixth golfer to capture all four major championships.

Mickelson has long had a reputation to gamble, though he has said he scaled back his habit after his son, Evan, was born in 2003 following a troublesome pregnancy. The most publicized payoff was when Mickelson and friends won $560,000 on a preseason bet (28-1 odds) that the Baltimore Ravens would win the 2001 Super Bowl.

On the golf course, he has a long history of playing money games during the practice rounds. He occasionally gets a group of players and caddies together for dinner and small wagering during the NBA and NHL playoffs, and prominent fights.

A year ago, Mickelson was criticized for public comments that tax increases in California kept him from being part of the San Diego Padres' new ownership group and might cause him to leave his native state. He said his federal and state taxes amount to over 60 percent.