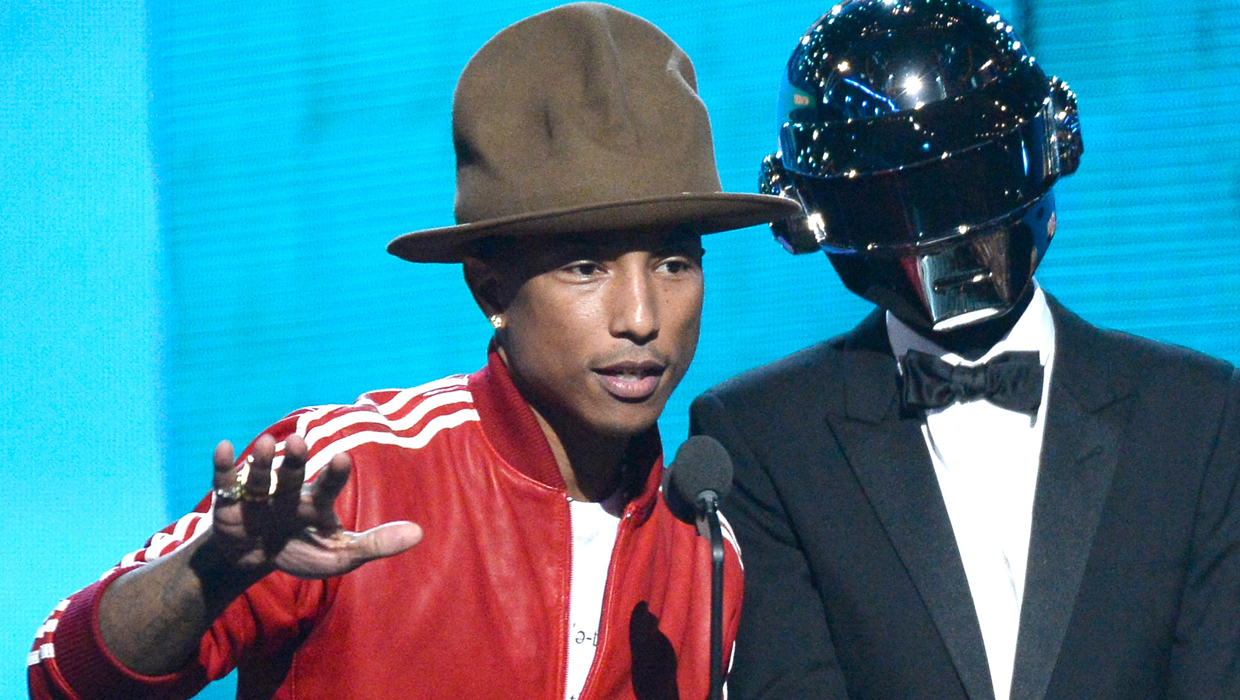 Remember that outrageous hat that Pharrell Williams wore to the Grammy Awards -- the one that raised eyebrows, sparked jokes and even got its own parody Twitter account?

Now you can own it. The singer/songwriter/producer is auctioning off the topper to raise money for charity.

Williams, 40, has put the Vivienne Westwood "Mountain" hat up for auction on eBay. Proceeds from the sale will benefit One Hand to Another, an organization he founded that helps underserved youth.

"Now is your chance to own a piece of pop culture history!" the listing description says. "Bid on Pharrell Williams' Vivienne Westwood 'Mountain' hat that was one of the biggest hits of the 2014 Grammy Awards."

He posted a link to the auction on Twitter, showing himself wearing the hat. "Hey @Arbys, you want my hat? Now's your chance…" he wrote, referencing a tweet the fast-food chain sent about the hat on Grammys night.

The auction continues through March 2, but you'll need deep pockets if you want to join in -- bidding has already reached $10,500.

Williams -- with or without a new hat -- is also set to perform at the Oscars on March 2, where his song "Happy" from "Despicable Me 2" is nominated for best original song.

2023 Grammys: How to watch Beyoncé vs. Adele, Bad Bunny and more
More
Thanks for reading CBS NEWS.
Create your free account or log in
for more features.
View CBS News In
CBS News App Open
Chrome Safari Continue
Be the first to know
Get browser notifications for breaking news, live events, and exclusive reporting.