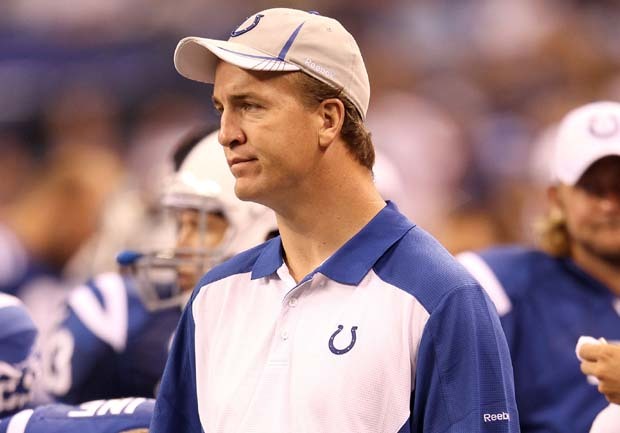 The announcement comes after the Colts turned to their third string quarterback in a 23-20 loss to the Pittsburgh Steelers.

Sources at the breakfast meeting told WISH-TV that Manning won't practice again until December and may not play again until 2012.

Irsay later clarified via Twitter that a Manning-less season was not "for sure" and that the team is keeping him on the active roster.

There is an outside chance, Irsay posted, that Manning could return in December.

The Colts confirmed Sept. 8 that Manning had a "single-level anterior fusion" and that the surgery was "uneventful."