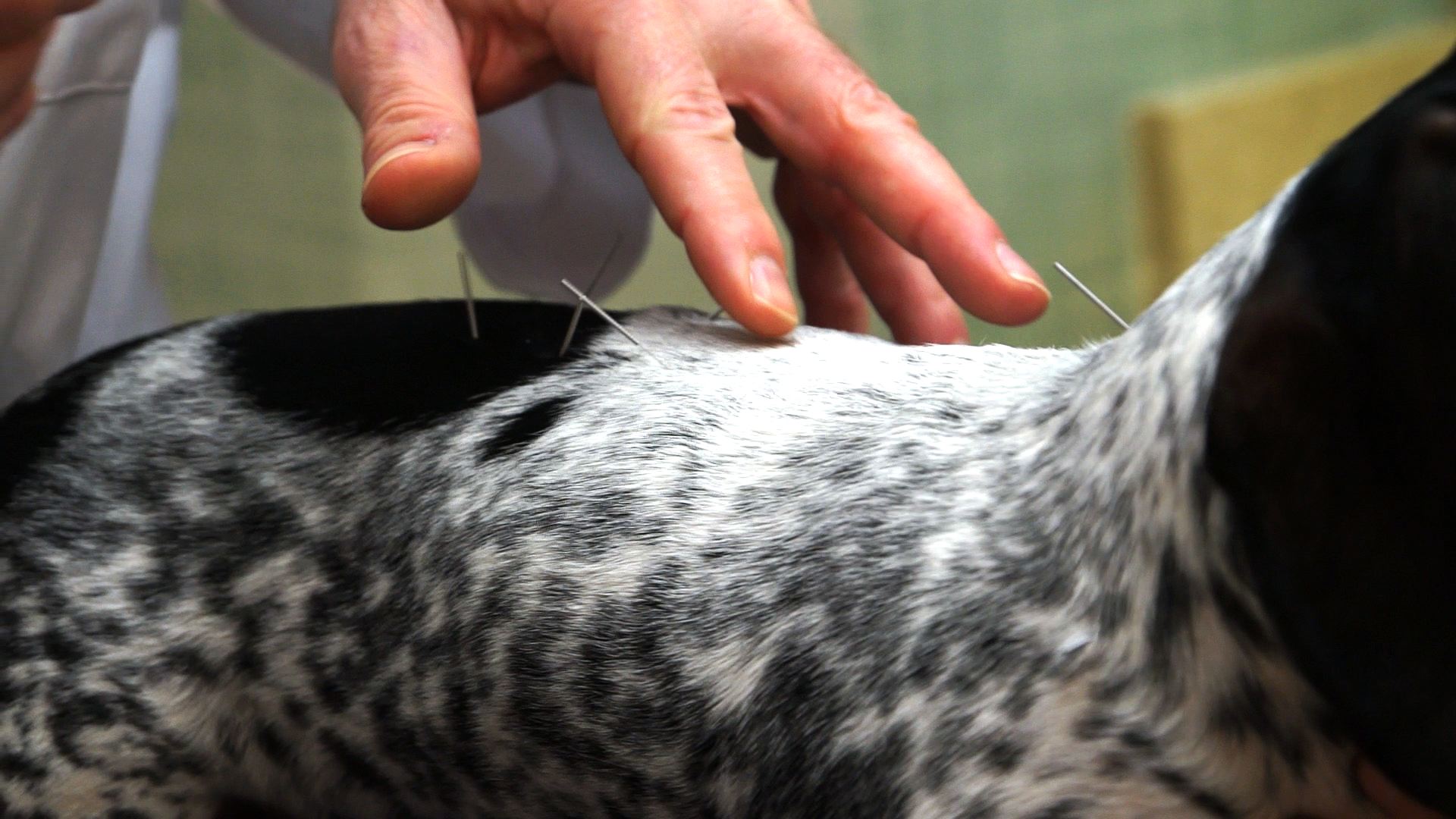 Pets are getting some pain relief thanks to a centuries-old method that has helped some of their owners: acupuncture.

A dachshund named Samson benefitted from the treatment. Samson was pawed aggressively by another dog at the park and needed surgery immediately. After his first procedure, it was clear he was still in some pain. Doctors recommended a second surgery, but owner Ellie Sutton wasn't so keen to make Samson go under the knife again.

"I wouldn't want to risk something like paralysis," Sutton told CBS News. She decided "to try every other kind of step first."

To her surprise, the veterinarian suggested acupuncture, the traditional Chinese medicine method of inserting needles into the skin to stimulate parts of the body.

Veterinary acupuncturists can use .2 to .3 mm needles that range in length from .5 inches to 1.5 inches on pooches.

"A lot of people come for acupuncture because they've exhausted a lot of the traditional Western medicine roots, whether it's medication or surgery," Dr. Marc Seibert, Samson's vet, told CBS News. Siebert is the owner and medical director of Heart of Chelsea Animal Hospital and Lower East Side Animal Hospital in New York City.

Seibert explained there are two main theories behind how acupuncture works. Eastern medicine teaches that energy flows through channels in the body called meridians. When the meridians are blocked, the person -- or the animal -- experiences physical pain. The acupuncture needles help direct the energy to the correct path.

Western medicine, on the other hand, suggests that acupuncture may help by bringing oxygen to the area that the doctor is trying to treat. Hormones called endorphins, which promote feelings of well-being, are released, and the anti-inflammatory parts of the immune system kick in.

"Most people think of acupuncture as a pain reliever, but it's more than that," says Dr. Ihor Basko, a holistic veterinarian in private practice in Honolulu, certified by the International Veterinary Acupuncture Society in Ft. Collins, Colo., told Paw Nation. "Acupuncture can boost the immune system and improve organ functions, and it has other benefits. It can complement conventional medicines and procedures without dangerous side effects."

Not everyone is convinced the method works. Veterinarian Craig Smith, the complementary-care expert for the American Veterinary Medical Association, told U.S. and World News Report that it's hard to know for sure if canines and felines are feeling relief from their pain.

"While many people treating pets with acupuncture report success, there isn't any data that proves it works," he said.

Ellie Sutton admitted that a lot of the "energy flow" talk is hard for her to believe. But she says Samson has definitely benefited from the treatment.

"The fact is he walks better afterwards," she said.