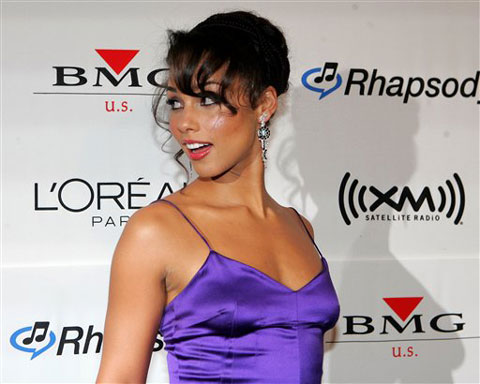 Petr Korda, accompanied by three security guards, rushed out of an ATP Tour meeting without a word Saturday night after escaping a grilling from players about his positive steroid test amid calls for a "zero tolerance" drug policy.

Despite talk of a boycott of Monday's start of the Australian Open to protest the handling of the case against the defending champion, there was no discussion of any player action, and Korda never spoke during the three-hour session, which was attended by more than 200 players.

Andre Agassi, Jim Courier and Michael Chang all spoke at the meeting, and though they had said before going in they wanted to know specifics of the Korda case, none pressed him for details or proposed any immediate reprisals by the tour against him at the Australian Open.

"The tournament will not be affected by any anti-doping case coming into it," said ATP Tour chief executive officer Mark Miles. "But it was pretty clear that (players) have the expectation, and really require, a world class (drug) program so that the field is even, that all players will be treated consistently and fairly ... and that our sport is clean.

"This was not a witch hunt. The focus of this discussion was on the program, how it's written, how it's implemented. Not so much on this case, except to say, 'What are we going to learn from it?'"

Neither Korda nor anyone among the tour leaders addressed details of the "exceptional circumstances" that led an appeals panel to reduce his punishment after he tested positive for the banned anabolic steroid nandrolone after Wimbledon last year.

"I was assigned a black mark which obviously doesn't belong to me and I'll have to try and remove it, although I don't know how yet," Korda told Czech TV from Melbourne before the meeting. "I still can't explain the mystery even to myself. I know very few people trust me now but I'll do everything I can to solve it out.

"Las year, I was tested 10 times and nine tests were OK, except for the Wimbledon one. My conscience is good."

The International Tennis Federation, upset by the appeals board ruling, has taken the case to the Committee for Arbitration in Sports in Lausanne, Switzerland. Korda's lawyers are seeking to block the ITF action, and Korda has claimed he didn't knowingly take the drug.

"The intent in the writing of the (exceptional circumstances) rule was never to allow for a circumstance where a player can simply make a case that he didn't knowledgeably take a banned circumstance and therefore he shouldn't be punished," Miles said.

Exceptional circumstances would only come into play, Miles said, in something like a player receiving a banned drug without his knowledge during an operation or as a result of sabotage.

"None of us have viewed exceptional circumstances to have meant simply a general denial," Miles said. "The players expect a program that is tough and that has zero tolerance for cheating."

Player Council president Todd Martin, who arrived late for the meeting after his victory in the final of a tournament in Sydney, described the atmosphere in the room as "calm," and said only one player encouraged Korda to speak.

"We all feel very strongly about having the strongest (drug) program we possibly can, but we also respect the fact that the process was set up for our benefit and to protect us against any situation that can harm us inappropriately. We'll wait for the appeals process to be over in a few months."

Martin said he would rather see Korda have the chance to play until his case is resolved, but be given the maximum one-year suspension, along with forfeiture of prize money and points, if he's found guilty. Martin also said he and many other players would be willing to go along with a two-year suspension policy in the future, as suggested by the International Olympic Committee.

"What it says about tennis players is that, especially in an individual sport, we rely on being able to compete on a level playing field, and if that's not happening, we feel something is wrong," Martin said.