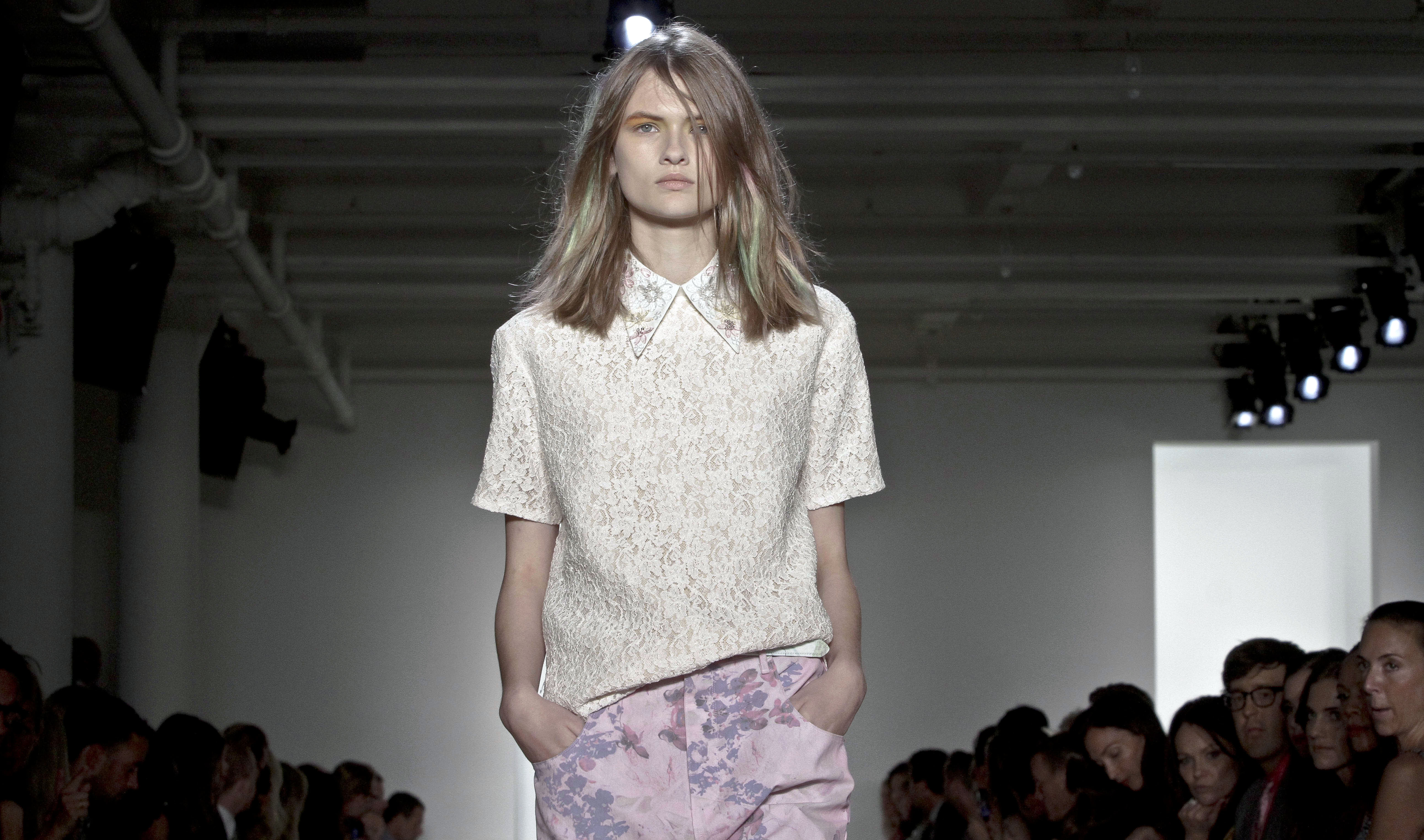 The midriff-baring cutouts were carved into ladylike sheath dresses that fell below the knee. A pink orchid-print bustier dress was dotted with a bit of more demure lace.

Standard button-down shirts and a lace T-shirt were jazzed up with jeweled collars.

Som is known to play with texture, and he created a colorful patchwork of snakeskin chevrons. The best version was the shift that was mostly a mix of pinks and purples on top, and chartreuse below the dropped waist.