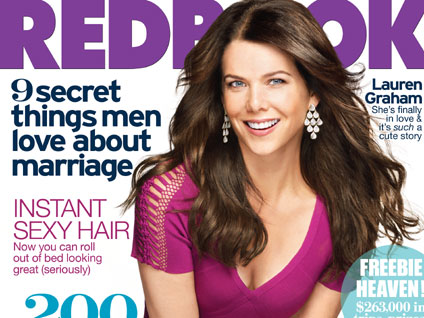 NEW YORK (CBS) Lauren Graham is speaking out about her relationship with "Parenthood" co-star Peter Krause.

The actress told Redbook magazine in an interview published in its October issue that their relationship is "so easy."

The former "Gilmore Girls" actress told the magazine that she and Krause had an "instant connection" when they met 15 years ago, but blames shyness and timing for keeping them apart.

"I think we liked each other [but] he asked me over to his house to play a board game - and that's exactly what we ended up doing," she said. "So I was like, 'This guy doesn't like me. Who actually plays a board game?'... The timing wasn't right. I don't think either of us was ready."

She added, "He's obviously a very confident, appealing guy, but he's shy, and so am I."

The couple has also managed to keep their romance out of the spotlight.

"Nobody knew about it for a while, because we like to be at home, cooking and not going out," she told the magazine. "I've also been really protective of it, because it's important that you can buy us as brother and sister on the show."

The October issue of Redbook hits newsstands on Sept. 21.