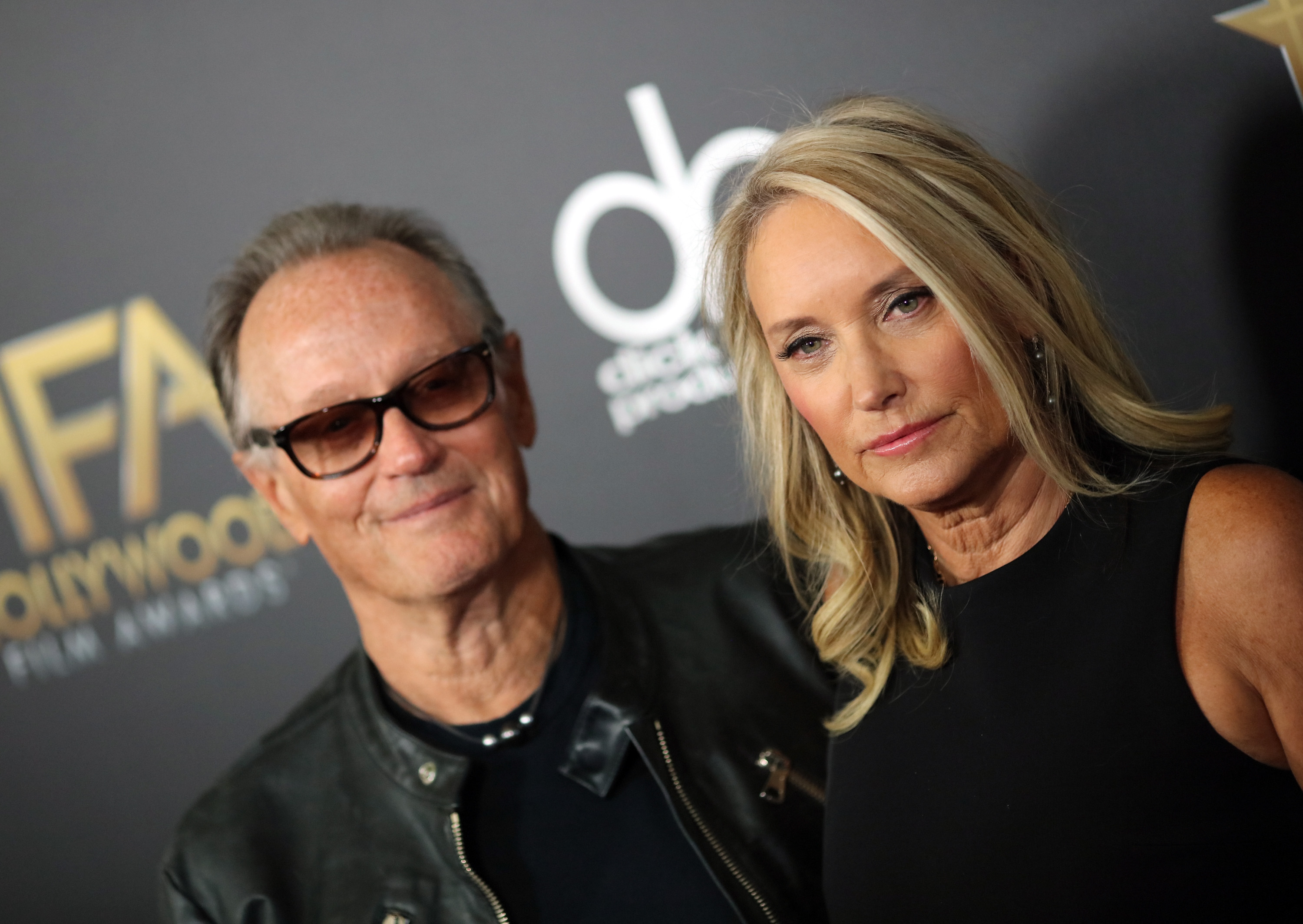 NEW YORK -- Peter Fonda apologized Wednesday for a late-night Twitter rant in which he suggested 12-year-old Barron Trump should be ripped from "his mother's arms and put in a cage with pedophiles." The all-capitals tweet in the wee hours went on to call President Donald Trump an expletive. The actor later deleted the tweet and drew sharp rebukes from first lady Melania Trump and Donald Trump Jr.

The two-time Oscar nominee, brother of Jane Fonda and son of Hollywood legend Henry Fonda said in a statement hours later that he was upset over children separated from their parents on the U.S.-Mexico border.

"I tweeted something highly inappropriate and vulgar about the president and his family in response to the devastating images I was seeing on television," Fonda said in the statement, released by both his manager and his publicist. "Like many Americans, I am very impassioned and distraught over the situation with children separated from their families at the border, but I went way too far. It was wrong and I should not have done it. I immediately regretted it and sincerely apologize to the family for what I said and any hurt my words have caused."

In another tweet, Fonda suggested people opposed to the border policy should track down the addresses of federal agents and "surround their homes in protest," adding: "We should find out what schools their children go to and surround the schools in protest."

Stephanie Grisham, the first lady's spokeswoman, said via email regarding the Barron remarks: "The tweet is sick and irresponsible." She said the U.S. Secret Service was notified. A spokesman for the agency said via email the Secret Service is aware of Fonda's tweets but "as a matter of practice" would have no additional comment.

Donald Trump Jr., meanwhile, did some tweeting of his own, addressing Fonda: "You're clearly a sick individual" who behaved "like a bully and a coward."

Trump Jr. called on Sony Pictures Classics to stop the release of its film "Boundaries," in which Fonda has a small role. The company condemned Fonda's tweets as "abhorrent" but said the film would be released as planned.