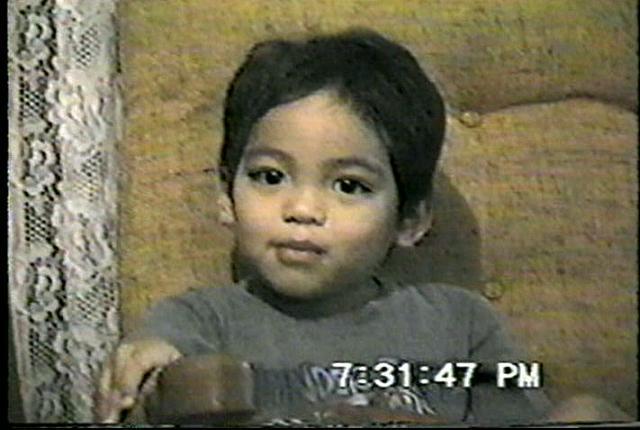 PUNA, Hawaii -- The father of a long-missing Hawaii child known as “Peter Boy” has led investigators to a location on the Big Island where he says the boy’s remains are located, according to CBS affiliate KGMB.

Peter Kema, Jr. was 6 when he disappeared in 1997. Earlier this month, his father, Peter Kema Sr., pleaded guilty to manslaughter in a deal that required him to lead police to his son’s body.

Sources tell KGMB that the boy’s remains haven’t been found, but officers are working to pinpoint the spot in Puna.

In the late 1990s and early 2000s, the child known as “Peter Boy” became the face of a campaign for missing and abused children. Posters and bumper stickers asked, “So where’s Peter?”

Kema and his wife, Jaylin, have long been suspects in the boy’s disappearance, but prosecutors said they didn’t have enough evidence to charge them until last year, when a grand jury indicted the couple on murder charges.

Jaylin Kema pleaded guilty last year to manslaughter in the first official confirmation that the child was dead. In exchange for a one-year sentence with credit for time served, she agreed to waive her marital privilege and testify against her husband if he went to trial.

She agreed to facts prosecutors laid out in court about abuse suffered by the boy, her failure to get him medical treatment and his eventual death. Prosecutors believe the boy suffered an arm injury and died from septic shock from not getting medical care.

Under his plea deal, Kema, Sr. will be spared the possibility of a life sentence, instead serving a 20-year sentence for manslaughter and a five-year sentence for hindering prosecution, served concurrently, KGMB reports. Kema, Sr. agreed to lead investigators to the exact location of the child’s body, and if the remains can’t be recovered, he’ll be required to pass a polygraph test to prove he’s being honest about the body’s whereabouts.