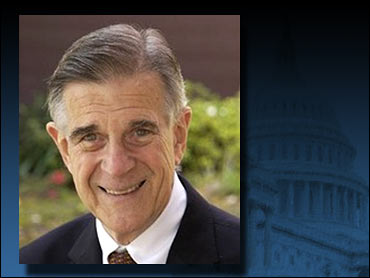 The often-controversial Rep. Pete Stark (D-Calif.) is once more catching the attention of conservative bloggers with a recording from a town hall meeting in which he ridicules a Minuteman.

When a self-identified Minuteman stood up at a town hall meeting last week in Fremont, Calif. to ask Stark a question, Stark joked, "Who are you going to kill today?"

The Minuteman asked Stark why the government isn't doing more to "seal" the borders so the country can become "solvent" again.

The Minutemen is a group that has taken it upon themselves to patrol the border in a sort of "neighborhood watch" style.

The Minuteman became angry with Stark's mocking tone, as did others at the meeting, and he asked Stark why the federal government is leaving the border "porous," allowing people to come in anywhere they want.

"If you knew anything about our borders, you would know that's not the case," Stark replied. "Our borders are quite secure, thank you."

The congressman asked the Minuteman what he would do to secure the border, to which he replied he would send 25,000 troops there and build a wall that would be "as high and as long" as necessary.

Stark joked that after the Minuteman built the wall, Stark would start selling ladders.

"This is a very serious matter and you're sitting there making fun of it," the Minuteman responded.

Stark said, "I don't have to make fun of you sir, you do a fine job all by yourself."

The California congressman is notorious for his confrontational statements. At a town hall meeting last year, he became engaged in an exchange with a constituent over health care and said he wouldn't "waste urine" on the man. He also called moderate Democrats wary about health care reform "brain dead." In 2007, he said that U.S. troops were being sent to Iraq "to get their heads blown off for the president's amusement."

Stark would have taken over the chairmanship of the House Ways and Means Committee after Rep. Charlie Rangel (D-N.Y.) gave up the position because of ethics issues, but Democrats instead opted to promote the less volatile Rep. Sander Levin (D-Mich.) to the position.

Immigration has remained a hot-button issue this year, especially in the wake of the passage of the controversial immigration law in Arizona, which some say will lead to racial profiling. President Obama is scheduled to deliver remarks on immigration reform on Thursday. The White House has committed to sending 1,200 more National Guard troops to the U.S.-Mexican border.