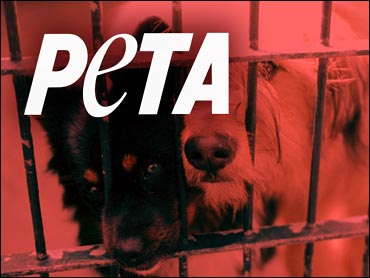 People for the Ethical Treatment of Animals is reconsidering a campaign comparing images of animal abuse with those of slavery after complaints from civil rights groups and others.

The Norfolk-based group wrapped up the first leg of the tour in Washington on Thursday, visiting 17 cities before deciding to put the tour on hold.

"We're not continuing right now while we evaluate," said Dawn Carr, a PETA spokeswoman. "We're reviewing feedback we've received -- most of it overwhelmingly positive and some of it quite negative."

One panel showed a black civil rights protester being beaten at a lunch counter beside a photo of a seal being bludgeoned. Another panel, titled "Hanging," showed a graphic photo of a white mob surrounding two lynched blacks, their bodies hanging from tree limbs, while a nearby picture showed a cow hanging in a slaughterhouse.

Controversy erupted Aug. 8, when the display was in New Haven, Conn.

"There was one man who began shouting that the exhibit was racist," Carr said. "Then, there was a lot of shouting."

Carr said PETA used the shocking images to prove a point: Whether it's humans harming animals or each other, all point to an oppressive mind-set.

However, officials with the National Association for the Advancement of Colored People aren't buying it.

"PETA operates by getting publicity any way they can," said John White, an NAACP spokesman. "They're comparing chickens to black people?"

Mark Potok, director of the Intelligence Project with the Southern Poverty Law Center, in Montgomery, Ala., called the exhibit "disgusting."

"Black people in America have had quite enough of being compared to animals without PETA joining in," he said.

PETA officials apologized earlier this year for a campaign that compared the suffering of Jews during the Holocaust with that of factory animals.