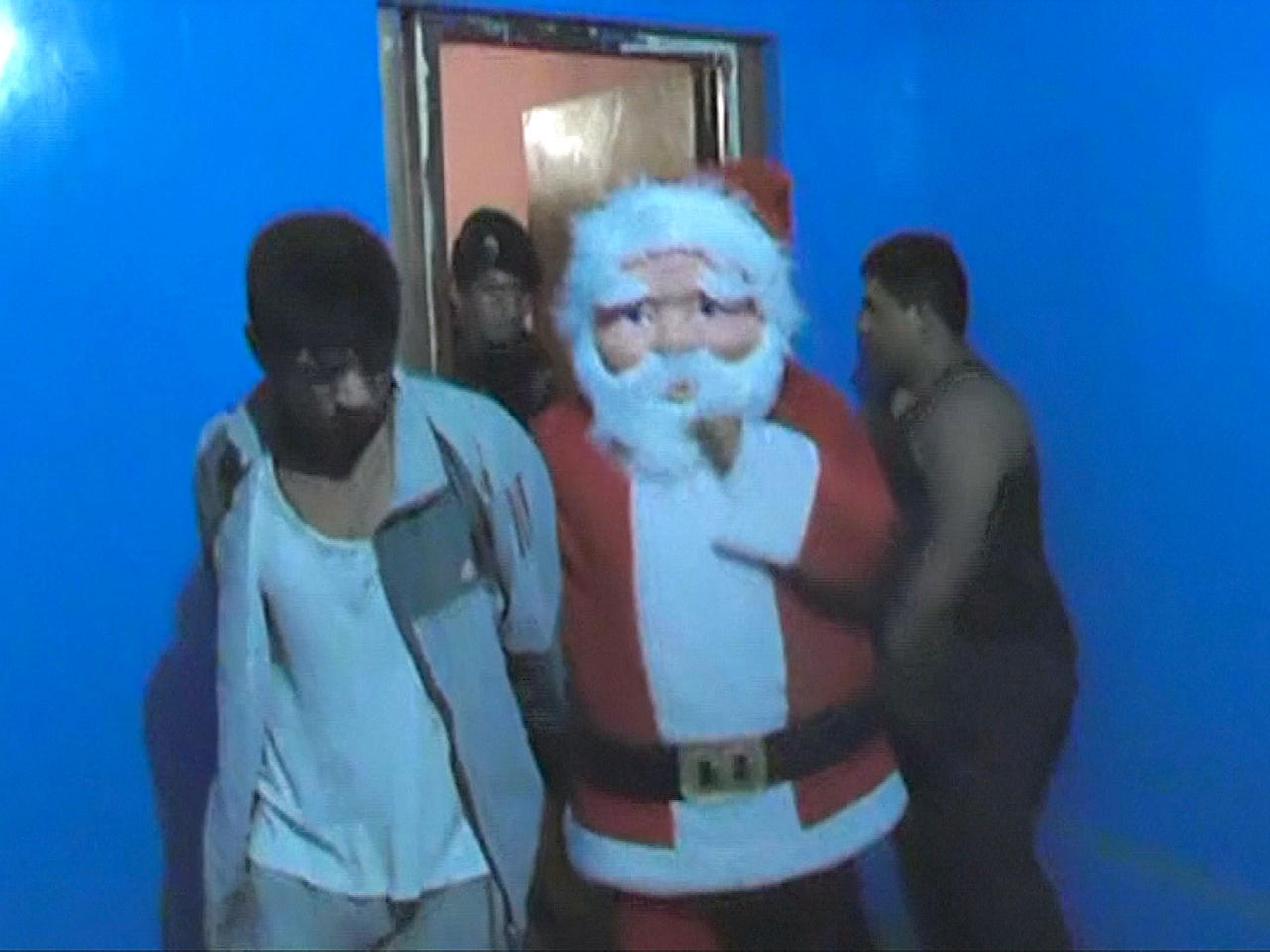 Santa came early to one house in Peru’s capital... a whole team of Santas, and they skipped the chimney entirely, choosing instead knock on the front door -- really, really hard.

Unfortunately for the small band of alleged drug dealers inside, the Santas were actually anti-narcotics officers and, instead of leaving presents, they left the Lima residence with bags of evidence and four suspects in custody.

Peruvian police suspected the building was being used as a center for the distribution of cocaine to criminal gangs and directly to the public, according to the Reuters news agency.

They swept in on Tuesday, allegedly seizing more than 4,500 wrappings usually used for cocaine paste.

The officer in charge told Reuters the Santa Claus costumes were employed to help boost the raid team’s element of surprise.