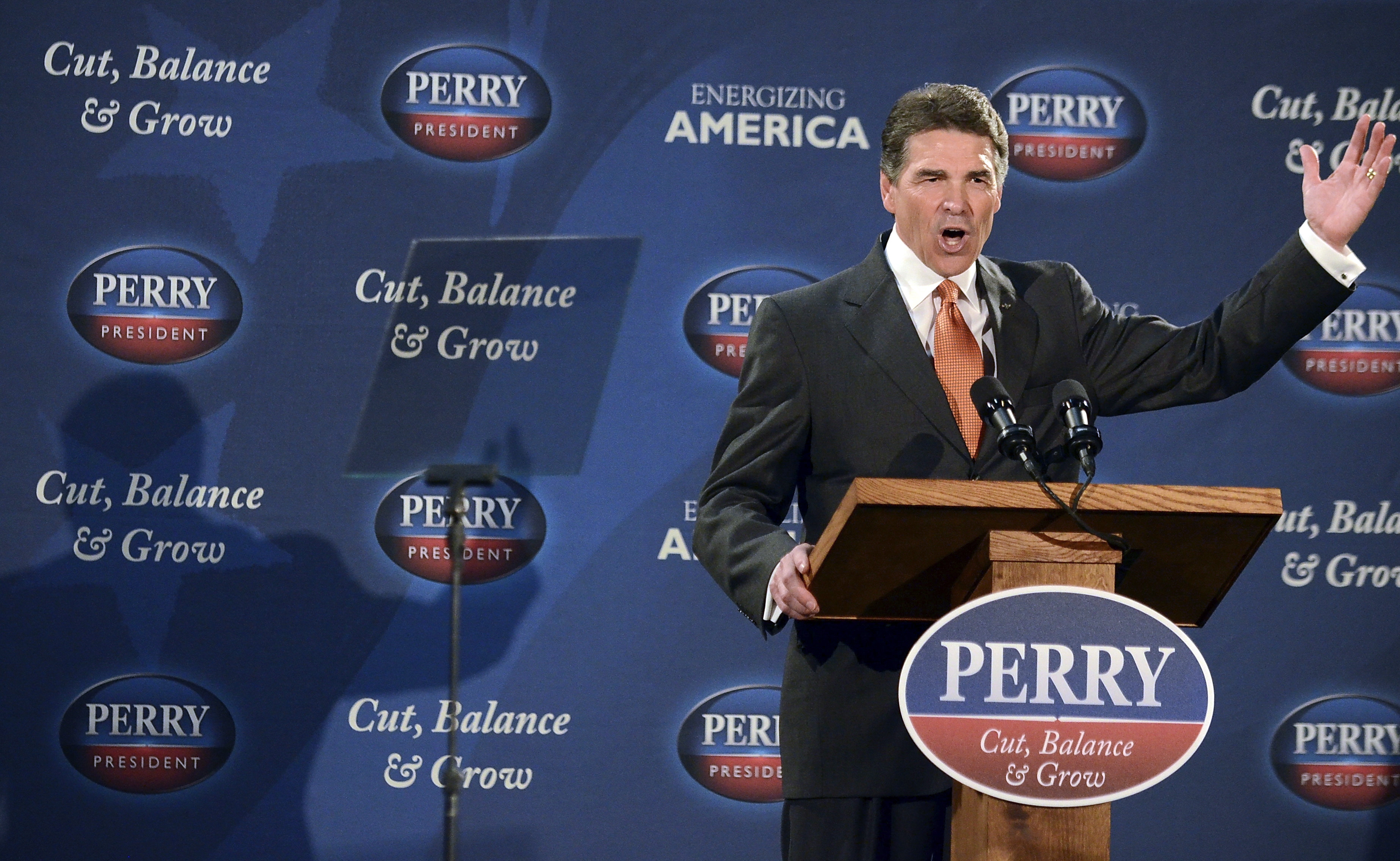 Texas Governor Rick Perry on Tuesday sought to downplay interest in a speech he gave Friday that has since gone viral, telling reporters in Iowa that he "felt good" when he spoke and that he "felt the message got across very well."

"This was a great crowd, good response, and I guess you can do anything you want with a video and make it look any way you want, but I felt good, felt great, I felt the message got across very well," Perry said.

The video (below), which has garnered more than half a million views on YouTube in just a few days, depicts portions of a speech Perry gave to the Cornerstone Action Dinner in Manchester, New Hampshire Friday night. Perry's demeanor in the speech - he was animated and at times even giggly - has led some people to question the Texas Governor's state of mind during the remarks.

Mark Miner, a spokesman for the candidate, told CBS News Political Hotsheet that "I think what a lot of people are looking at is a sliced-together interview that does not capture the whole speech."

Still, Miner said, Perry's delivery did not represent a departure for the candidate.

"He was very passionate," Miner said. "Governor Perry's someone who speaks passionately and talks enthusiastically about issues."

He added: "He's very animated when he talks. I'm sure you'll see more of that."

Nevertheless, some have wondered at the tone of Perry's remarks, which were described in other publications as "incoherent," "giddy" and "goofy".

One GOP operative told Business Insider he thought the remarks were "strange and peculiar," while another apparently questioned whether or not Perry had been on medication while delivering them.

Comedy Central's Jon Stewart, meanwhile, was bolder in his speculation:

Ken Herman, a columnist for the Austin Statesman who has known Perry since 1985, said he thought the governor's behavior was "different" than in previous speeches, if not entirely unpredictable -- particularly given recent criticism of Perry's debate performances as stiff.

"He does at times tend to in speeches overdo it to some extent - sometimes it's appropriate for the room, sometimes it's not," Herman told CBSNews.com. "He just gets in this mode that I think is supposed to be country folksy."

"This was a little extra special, but not having been in the room I don't feel qualified to say if it was perfectly appropriate for the room," he added.

Miner, however, brushed off the idea that anything was amiss.

"He was having fun with the crowd," Miner said. "He's very animated when he talks. I'm sure you'll see more of that."

Below, watch Perry's full speech on Friday in New Hampshire: