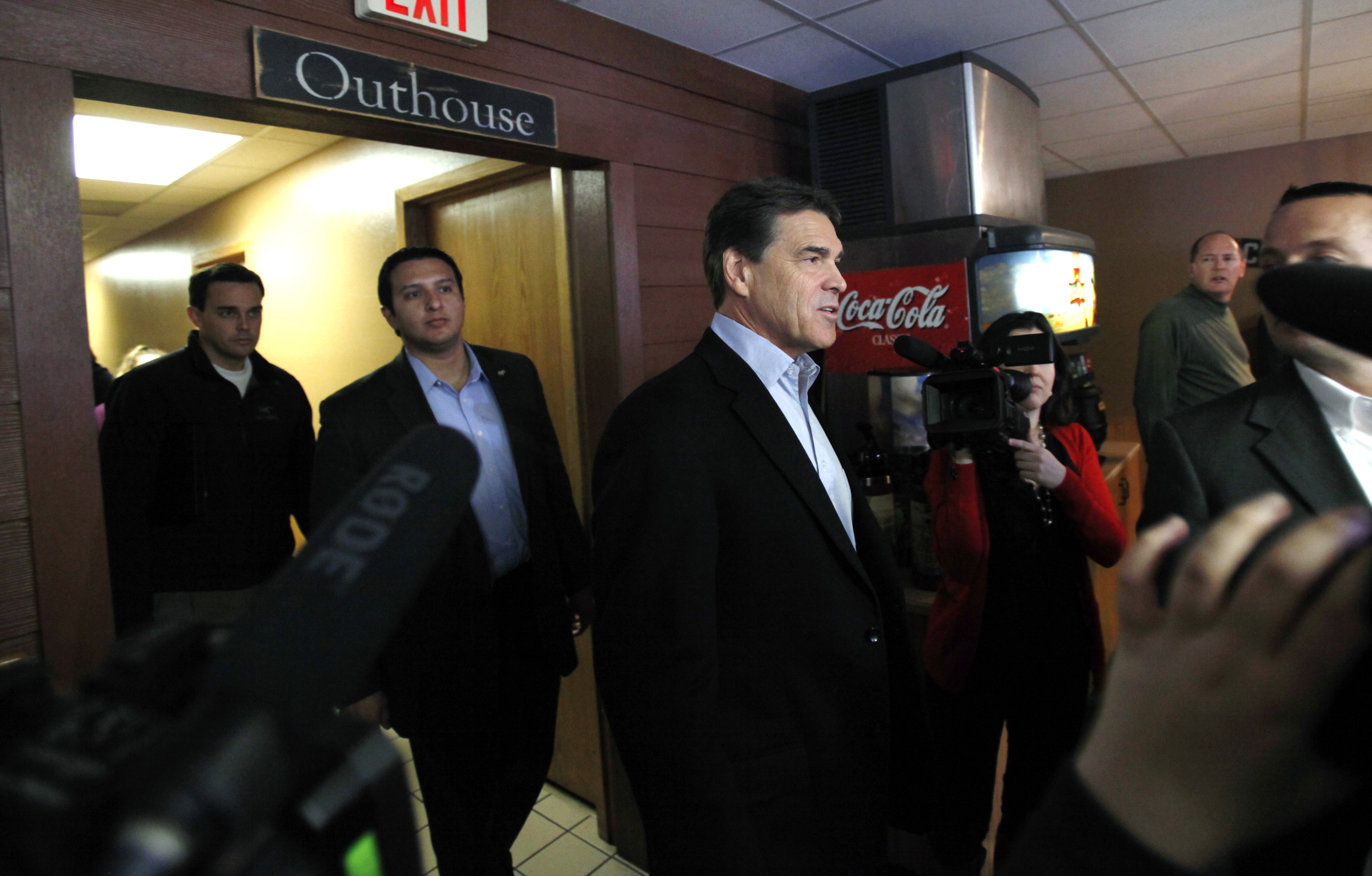 Texas Gov. Rick Perry's campaign said Tuesday it is filing a lawsuit to get on the ballot in the Virginia primary election after state officials announced last week that he failed to turn in the requisite 10,000 signatures.

"Virginia ballot access rules are among the most onerous and are particularly problematic in a multi-candidate election," said Perry campaign communications director Ray Sullivan in a statement. "We believe that the Virginia provisions unconstitutionally restrict the rights of candidates and voters by severely restricting access to the ballot, and we hope to have those provisions overturned or modified to provide greater ballot access to Virginia voters and the candidates seeking to earn their support."

The campaign maintained that it turned in 11,911 signatures by the deadline when reporters inquired about the state's announcement that the campaign had fallen short. Newt Gingrich also failed to hand in enough signatures, despite a last-minute push to gather supporters in the state. Only former Massachusetts Gov. Mitt Romney and Texas Rep. Ron Paul have been certified to appear on the ballot in the state's March 6 primary.

The Virginia Board of Elections has said the ballot is set barring a court order. Perry's campaign is not the only group seeking to change the state's rules: Bill Pascoe of a conservative organization called Citizens for the Republic is considering a challenge to the ballot certification process based on the fact that only candidates who submitted less than 15,000 signatures had their petitions cross-referenced with voting roles, which Pascoe said leaves the system open to fraud.

"We're prepared to take this to the Pope," he told CBS News.

In the press release announcing the court challenge, Perry's campaign noted that only119,034 Virginians voted in the 2008 Republican primary, making the 10,000 signature requirement "unrealistic and onerous." The legal challenge is seeking to both get Perry's name on the ballot and to rule the state's ballot access requirements held unconstitutional.