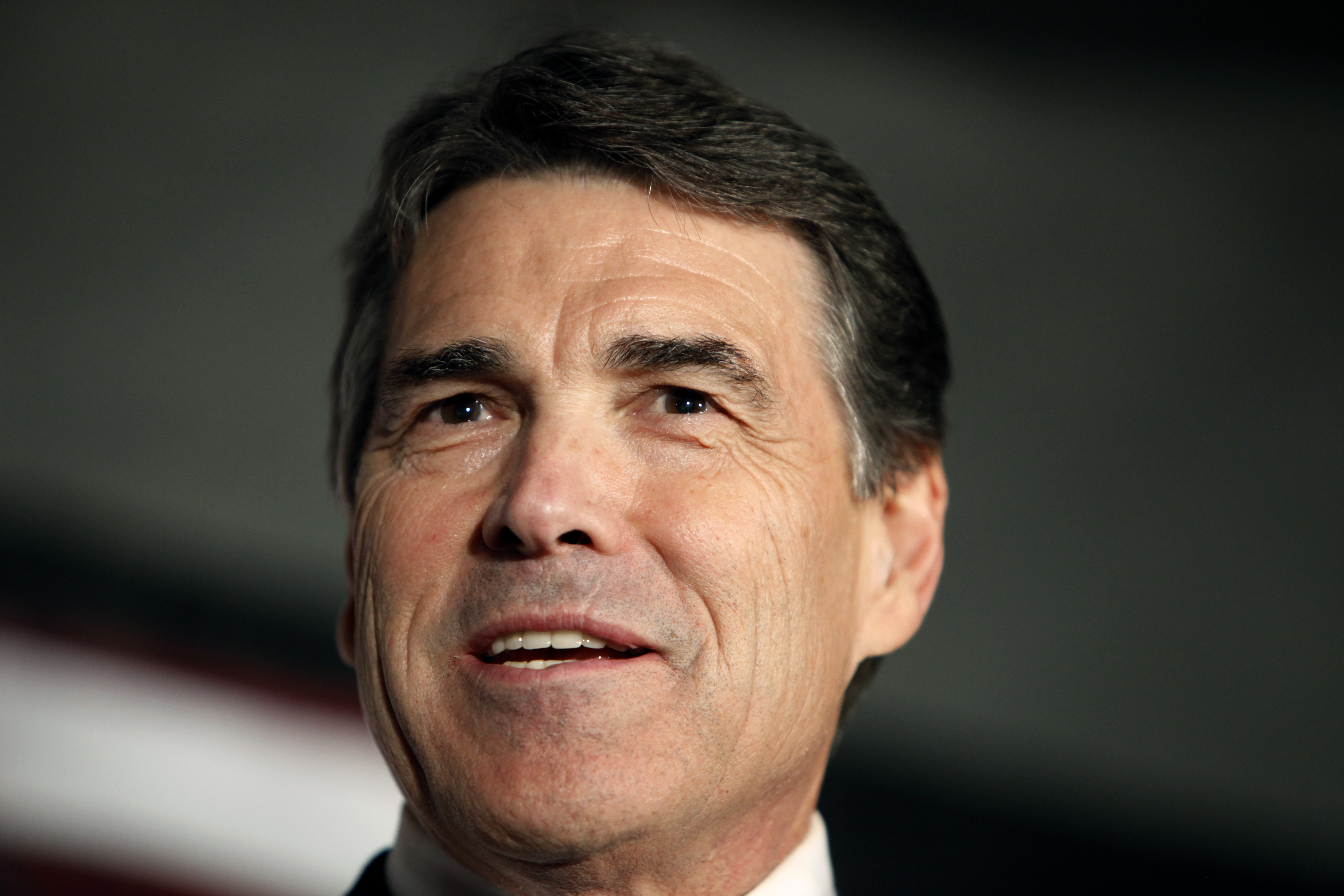 Republican presidential candidate Rick Perry appears to be walking back his suggestion that the United States should consider repealing the 16th Amendment in what is the latest example of Perry's 2010 book causing problems for his 2012 presidential bid.

In the book, "Fed Up," the Texas governor suggests possible repeal of the 16th Amendment, which allows Congress to levy an income tax. He calls for the nation to consider replacing the current tax system with a flat tax or, alternatively, to "repeal the Sixteenth Amendment to the Constitution (providing the power for the income tax) altogether, and then pursue an alternative model of taxation such as a national sales tax or the Fair Tax." (The Fair Tax is a proposal to replace payroll, income and estate taxes with a single national sales tax.) As the Washington Post notes, Perry also called the 16th amendment "the great milestone on the road to serfdom" in the book.

"The 16th Amendment instituting a federal income tax starting at one percent has exploded into onerous, complex and confusing tax rates and rules for American workers over the last century," Miner said in a statement released to CBS News and other media outlets. "The need for job creation in the wake of the explosion of federal debt and costly entitlement programs, mean the best course of action in the near future is a simpler, flatter and broader tax system that unleashes production, creates jobs, and creates more taxpayers. We can't undo more than 70 years of progressive taxation and worsening debt obligations overnight."

According to Miner, "These comments do not distance from the book."

The Washington Post's Greg Sargent, however, argues that the statement "clearly represents a distancing of Perry from his book's proposals."

"The campaign is declining to reaffirm his support for repeal of the 16th Amendment or for the so-called 'Fair Tax' or the national sales tax," he writes. "The Perry campaign is restating his support only for the first set of proposals for a 'flatter' tax system, which is more in line with mainstream Republican opinion."

This is not the first time Perry has been forced to defend the positions he pushed in his book. As Hotsheet detailed Monday, the Perry team is also tempering comments the Texas Republican made in which he described Social Security as a "failure" and an "illegal Ponzi scheme" and suggested it is unconstitutional.

Perry communications director Ray Sullivan said he hadn't heard Perry suggest Social Security is unconstitutional and cast "Fed Up" as "a review and critique of 50 years of federal excesses, not in any way as a 2012 campaign blueprint or manifesto." The book, Sullivan said, is "a look back, not a path forward."