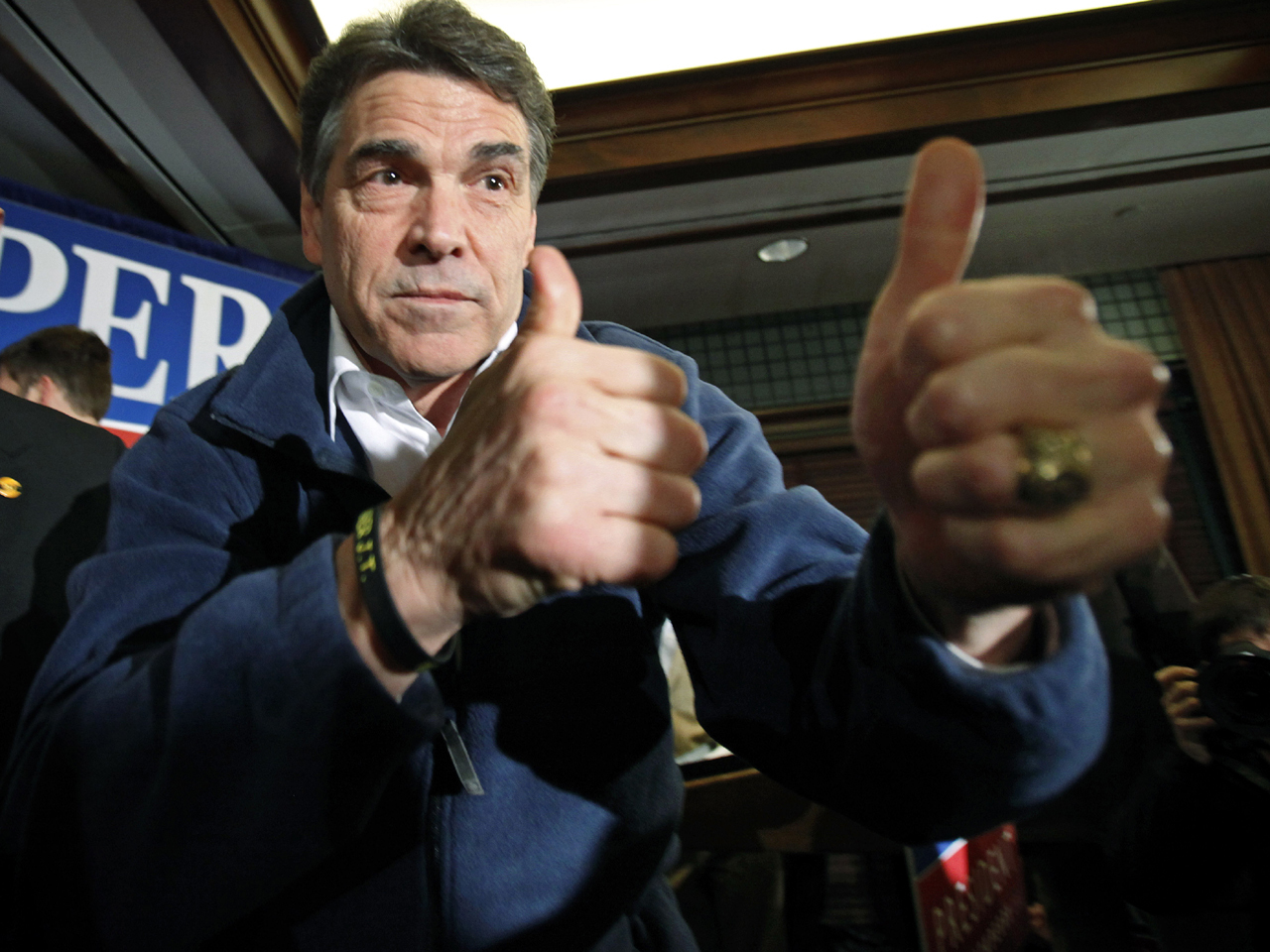 "If you are the victim of Bain Capital's downsizing, it is the ultimate insult for Mitt Romney to come to South Carolina and tell you he feels your pain," the Texas governor told a crowd of about 100 people at Mama Penn's restaurant. "He caused it."

Perry was responding to a comment Romney made in New Hampshire on Sunday saying that he understood the fear of getting pink slips.

"I have no doubt that Mitt Romney was worried about pink slips - whether he was going to have enough of them to hand out," Perry said. "Because his company, Bain Capital, all the jobs that he killed, I'm sure he was worried he would run out of pink slips."

To underscore his point, he talked about two local companies, one that made photo albums in Gaffney and another involved in steel production in Georgetown, which were shut down and merged, respectively, by the private equity company. Perry said Bain made millions in management fees from the mergers.

It was Perry's strongest attack on a rival in weeks. He campaigned through Iowa telling crowds that Romney was a "Wall Street insider," but he had not used as much detail or emotional force in his attacks as he did Monday. "There is nothing wrong with being successful and making money, that's the American dream. But there is something inherently wrong when getting rich off failure and sticking it to someone else is how you do your business, I happen to think that that is indefensible," Perry said.

The focus on Bain Capital is more likely to resonate with people in South Carolina, which has an unemployment rate of 10.5 percent, than it would with people in relatively well-off Iowa and New Hampshire. A Perry surrogate with him on the stump, Capt. Dan Moran, a wounded Iraq veteran, also picked up the Bain theme in his remarks.

"To pass yourself off as an individual who is creating value when you're destroying value, we're going to see right through that," Moran told the crowd.

Romney has benefitted from his rivals' focus on tearing each other down. But in a debate in New Hampshire on Sunday morning, the candidates - in particular former House Speaker Newt Gingrich - began to focus in earnest on his record at the private equity company. A super PAC backing Gingrich also launched a $3.2 million negative ad campaign against Romney on Monday.