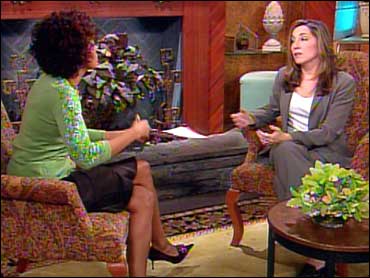 According to the AARP, about 80 percent of Americans don't plan to move when they retire. However, if any of them change their minds Consumer Reports' Deputy Editor Lisa Freeman has some suggestions for them and anyone else who is considering it.

After reviewing books on the best places to retire and working with Warren Bland, geographer and the author of "Retire in Style", six cities were selected as perfect retirement havens.

"He helped us single out cities that are outstanding in terms of climate, housing prices and entertainment opportunities," Freeman told The Early Show for the Young At Heart series.

The following are places expected to be very popular in the next decade or so: Carson City, Nev.; Halifax, Nova Scotia; Lexington, Va.; Tallahassee, Fla., Thomasville, Ga., and Vernon, B.C.

One thing these cities have in common is their beautiful surroundings. Carson City is next to Lake Tahoe. Halifax has a large beach and Lexington is near the Blue Ridge Mountains. Tallahassee and Thomasville have a good climate. Also, Tallahassee has no state income tax and it has two universities. Vernon is a five-hour drive from Vancouver, B.C., in a lake region near fruit farms.

Consider picking a college town
"They tend to have cheap entertainment and food and cultural events because there is a lot of cultural activity," Freeman said. "A college town usually means there will be a major teaching hospital. We also found that low crime rates tend to be associated with college towns."

She doesn't recommend resorts and military towns because they tend to be crowded, have busy traffic and higher taxes and consumer prices. She said military towns can get very depressing. A lot are falling on hard times because bases are closing down. This means services will go, too.

Rent for awhile
"A lot of retirees buy places in areas where they have vacationed but not lived," Freeman said. "We recommend that they live there for about a year before buying. Once you live there, you may find that you like it better as a vacation spot. For example, Palm Springs in the summer can be unbearably hot. … In the winter, it's gorgeous; same goes for Florida. They don't realize how hot and humid it gets."

Find a place that the family is going to want to visit
"If you are going in the middle of nowhere to retire, people may not want to visit, and maybe there's not an airport that is convenient," Freeman said. She said to also think about retiring in a place that your grandchildren will enjoy visiting.

Don't buy too far in advance
"I know someone who is 10 years from retirement and is planning to move to Sarasota, Fla., to for retirement," Freeman said. "The place may change while you're waiting to move or you may change and want something different."