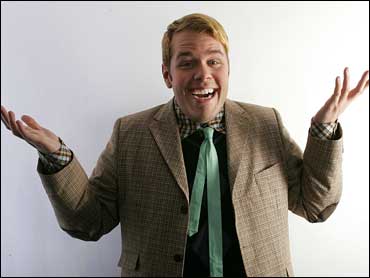 TheShowBuzz.com has learned that lawyers for Perez Hilton, in documents filed in Los Angeles Superior Court Monday, claim that the paparazzi photo agency competes unfairly by means of illegal business practices, including hiring illegal aliens and improperly labeling its employees as "independent contractors," to avoid payroll taxes and overtime pay.

X17 also runs the celebrity photo blog x17online.com, which places it in direct competition with perezhilton.com, the suit claims.

Last year, the Los Angeles-based company filed a suit against Hilton, whose real name is Mario Lavandeira, for $7.6 million alleging he used 51 photographs without their permission.

Lavandeira's Web site was shut down by his Internet service provider last Tuesday after receiving several complaints from X17 demanding copyrighted photos on the site be removed. He has since moved the site to another ISP.

Lavandeira's lawyer, Bryan Freedman, tells TheShowBuzz.com that the lawsuit against X17 was not triggered by the photo agency's complaints to the blogger's Web host.

"Former photographers of X17 have been calling with these horror stories for months," Freedman said. "This has been in the works for some time."

"We haven't been served yet so I've not seen the papers, but this appears to be a desperate attempt by a desperate man whose business model is based on stealing photos," Brandy Navarre, VP of X17, told TheShowBuzz exclusively Tuesday. "Mario Lavandeira is obviously reacting to our successful take-down of his website last week when his previous web host stopped hosting his site. I'm sure he is extremely frustrated at the bare-bones site he is running now, as his new hosts must be extremely frustrated by the barrage of take-down notices they are receiving, demanding that they remove stolen content from Lavandeira's site or be held liable for the infringement."

Lavandeira and his lawyers claim that altering the photos with electronic doodles and adding funny commentary before posting them on his site constitutes fair use under current copyright laws.

"I totally disagree, obviously, that what he does constitutes fair use," Navarre said last month. "I don't feel that what he does qualifies (as satire). These are not all newsworthy photos, (and) he's not altering the photos enough to make a difference. Sometimes just writing a question mark isn't satirizing significantly enough to make a difference. And the volume at which he uses the images is out of bounds."

Universal City Studios Productions LLP filed a lawsuit against Lavandeira in February, claiming a stolen image of a topless Jennifer Aniston from the set of her movie "The Breakup" was posted on Lavandeira's site.

In late April, five photo agencies joined together to sue Lavandeira for $7 million for using their photos and videos.

All three suits against Lavandeira are still pending.
By Judy Faber