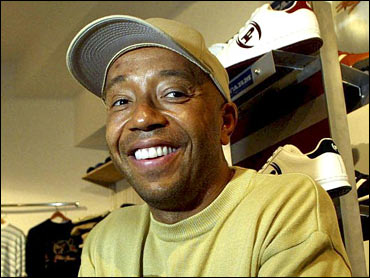 Simmons, founder of the Hip Hop Summit Action Network, had threatened a boycott against Pepsi products unless the company reinstated the ad and donated money to Ludacris' charitable foundation. The boycott was called off Tuesday as the two sides got closer to a deal.

In a compromise, Pepsi agreed to donate $3 million to charities chosen by a committee made up of representatives of Pepsi, the Network and the Ludacris Foundation, said Benjamin Chavis, the network's president.

"I think it's a great partnership we're going to have going forward and I'm very excited about it," Simmons said at a news conference.

Pepsi spokesman Larry Jabbonsky said the committee would be made up of three Pepsi people, a representative from the Ludacris Foundation, and two others put forward by Simmons.

"Our goal all along has been to help kids, so through this newly created fund we're working together to provide more opportunities for young people to get involved in art and music," said Jabbonsky.

Pepsi pulled the ad featuring Ludacris in August, a day after Fox News Channel's Bill O'Reilly ran a segment criticizing the company for using the rapper and criticizing some of his lyrics.

Ludacris is on the Def Jam label, which Simmons founded. His 2001 album "Word of Mouf" includes the song "Move Bitch," one of his biggest hits.

At a news conference last week, Simmons said he didn't have a problem with Pepsi's decision at the time, and that it was Pepsi's right to pull the commercial.

But he objected when he saw an ad for Pepsi Twist during the Super Bowl that featured the Osbournes, whose MTV show is filled with audio bleeps to block foul language.

MTV, along with CBS, is a unit of Viacom.