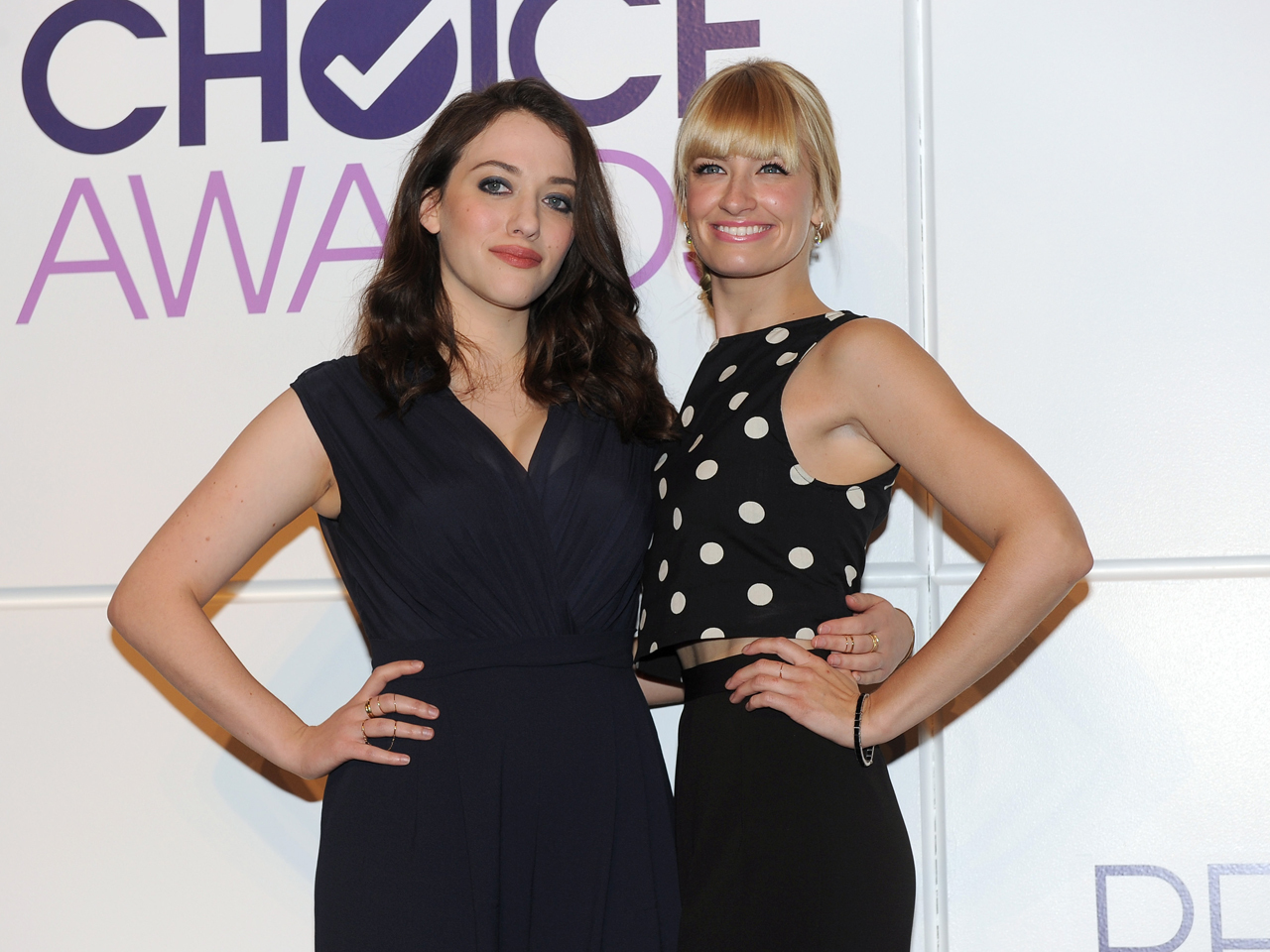 It's named the People's Choice Awards for a reason.

The people have indeed voted, and this year, fans cast more than 160 million votes for the nominee selection phase, a new record. Nominees for the 40th annual People's Choice Awards were announced Tuesday at The Paley Center for Media in Beverly Hills, Calif., by Beth Behrs and Kat Dennings, stars of the CBS' "2 Broke Girls." The two actresses will also host the awards ceremony next year. Joining them were presenters Rachel Bilson, Ciara, Darren Criss and Allison Janney.

With so many categories (58, to be exact), there are all sorts of nominees in the running. Even "Sharkado" is up for an award.

Robin Williams took home his first People's Choice Award in 1979 for favorite actor in a new TV series for "Mork & Mindy." And now he's in the running in the same category for his role in CBS' "The Crazy Ones."

Voting for the winners is currently under way and will continue through Dec. 5, 2013. Awards will be handed out on Jan. 8 live from Nokia Theatre L.A. Live in Los Angeles in a televised event, airing live on CBS from 9-11 p.m. ET.

Go here to cast your vote.

Favorite Sci-Fi/Fantasy TV Show: "Beauty and the Beast," "Once Upon A Time," "Supernatural," "The Vampire Diaries," "The Walking Dead"