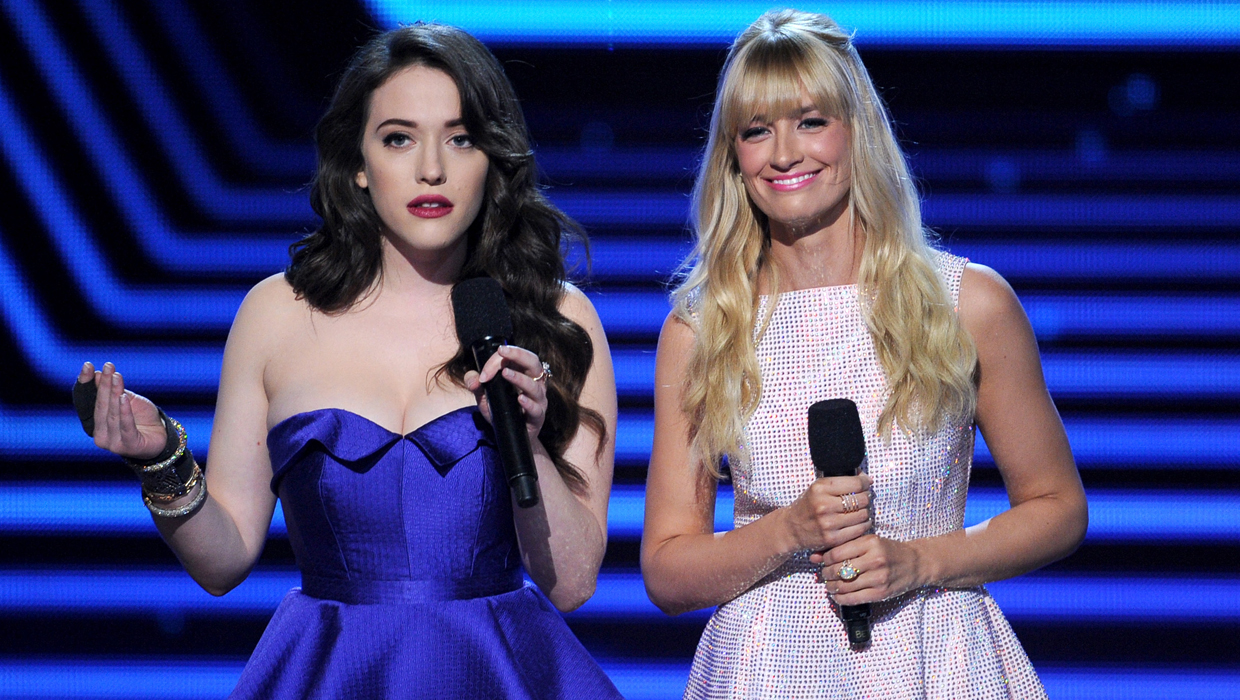 "2 Broke Girls" stars Kat Dennings and Beth Behrs got the People's Choice Awards started with a set of wisecracks and an opener featuring some famous faces.

Dennings' dry delivery and Behrs' quirky disposition were on display as the pair took on co-hosting duties at the fan-voted awards Wednesday night.

"She's the Hathaway, I'm the Franco," Dennings quipped, referencing the acting duo who hosted the Academy Awards in 2011.

With help from fellow actors Ian Somerhalder, Sarah Michelle Gellar, Arsenio Hall, Ian Ziering, Kaley Cuoco and Christina Aguilera, the duo -- who play waitresses on their CBS comedy series -- took the orders of some of the nominees during an introductory skit, before a bevy of waitresses came out to serve burgers to the audience.

Later, Behrs tried her hand at singing -- first "The Hills are Alive" from "The Sound of Music," then Miley Cyrus' "Wrecking Ball," as Dennings read her critiques from people tweeting.

Tell us: How did you think they did as hosts?