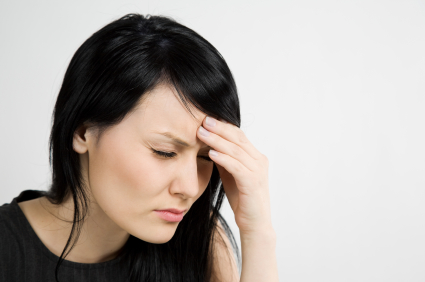 (CBS News) Ever feel lightheaded or dizzy from standing up too quickly? According to a new study, you might be more likely to suffer from heart failure.

That lightheaded rush some people experience when they go from lying or sitting to standing up is caused by a rapid drop in blood pressure, and is known as orthostatic hypotension.

After following-up with patients over an average of 17.5 years to check if anyone developed heart disease, the researchers found 11 percent of patients who developed heart failure had orthostatic hypotension at the start of the study, compared with only 4 percent of those who did not develop heart failure. People with orthostatic hypotension were 1.34 times more likely to develop heart failure than patients without, and the risk grew to more than 1.5 times if the patient also had high blood pressure to begin with. The link was stronger in people ages 45-55 compared with those who were 56-64 years old.

The study is published in the March 20 issue of the journal, Hypertension.

"Orthostatic hypotension appears to be related to the development of heart failure along with other conditions known to cause heart failure," study author Dr. Christine DeLong Jones, a preventive medicine resident at the University of North Carolina at Chapel Hill, said in a written statement.

"Furthermore, because many conditions, including hypertension, diabetes mellitus, and coronary heart disease, are associated with both orthostatic hypotension and heart failure, such competing factors may facilitate the association," the authors wrote.

Dr. Robert Myerburg, a professor of cardiology at the University of Miami Miller School of Medicine, downplayed the link between dizziness and heart disease.

"Orthostatic hypotension can cause unpleasant symptoms and if they lead to loss of consciousness or near loss of consciousness, it can lead to accidents, but this is not something that will lead to cardiac arrest," Myerburg told HealthDay. "If it doesn't bother you or cause any significant symptoms, you don't have to treat it."

Dr. David Frid, a cardiologist at Cleveland Clinic in Ohio, agreed with Myerburg.

"I don't think that everybody who gets lightheaded or dizzy occasionally in their life should be concerned that they are going to get heart failure," Frid told WebMD.

People experiencing orthostatic hypotension should speak with their doctor to see if a more serious underlying health problem - such as heart failure or dehydration - is the cause, according to the Mayo Clinic. People experiencing a mild sensation of dizziness should sit or lie down immediately, and the symptoms will usually disappear.

Other treatments include lifestyle changes, such as drinking lots of water and avoiding alcohol, compression stockings or medication.

Heart failure occurs when the heart can't pump blood properly, resulting in inadequate blood flow to other organs in the body. About 5.7 million people in the U.S. have heart failure each year, and another 300,000 die from it.

The National Institutes of Health has more on orthostatic hypotension.