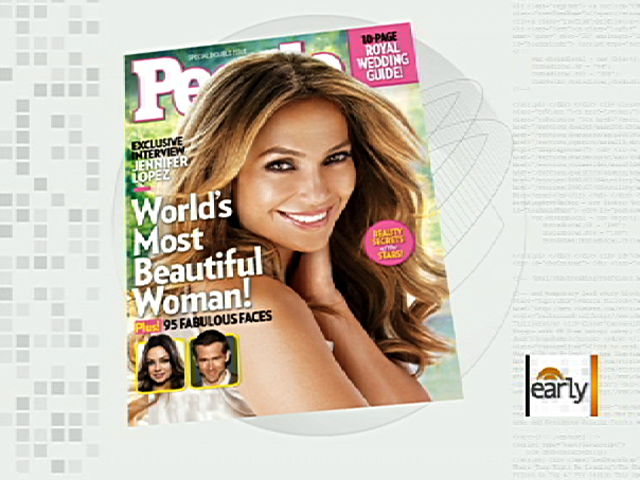 Jennifer Lopez has been crowned People magazine's "Most Beautiful" person of 2011.

The issue, launched in 1990, featured Michelle Pfeiffer on its inaugural cover. Julia Roberts received the honor the most and has appeared on the cover a total of four times, including last year's issue.

Beauty Sleep: Stars that get the most sleep and the least.

Aging Beautifully: Stars that look as good now as they did when they first made it.

"Just Born With It" Stars: Stars that bared their face, make-up free, for the camera.

Stars Who Make the World a More Beautiful Place: Stars who glow because of the charity work they do.