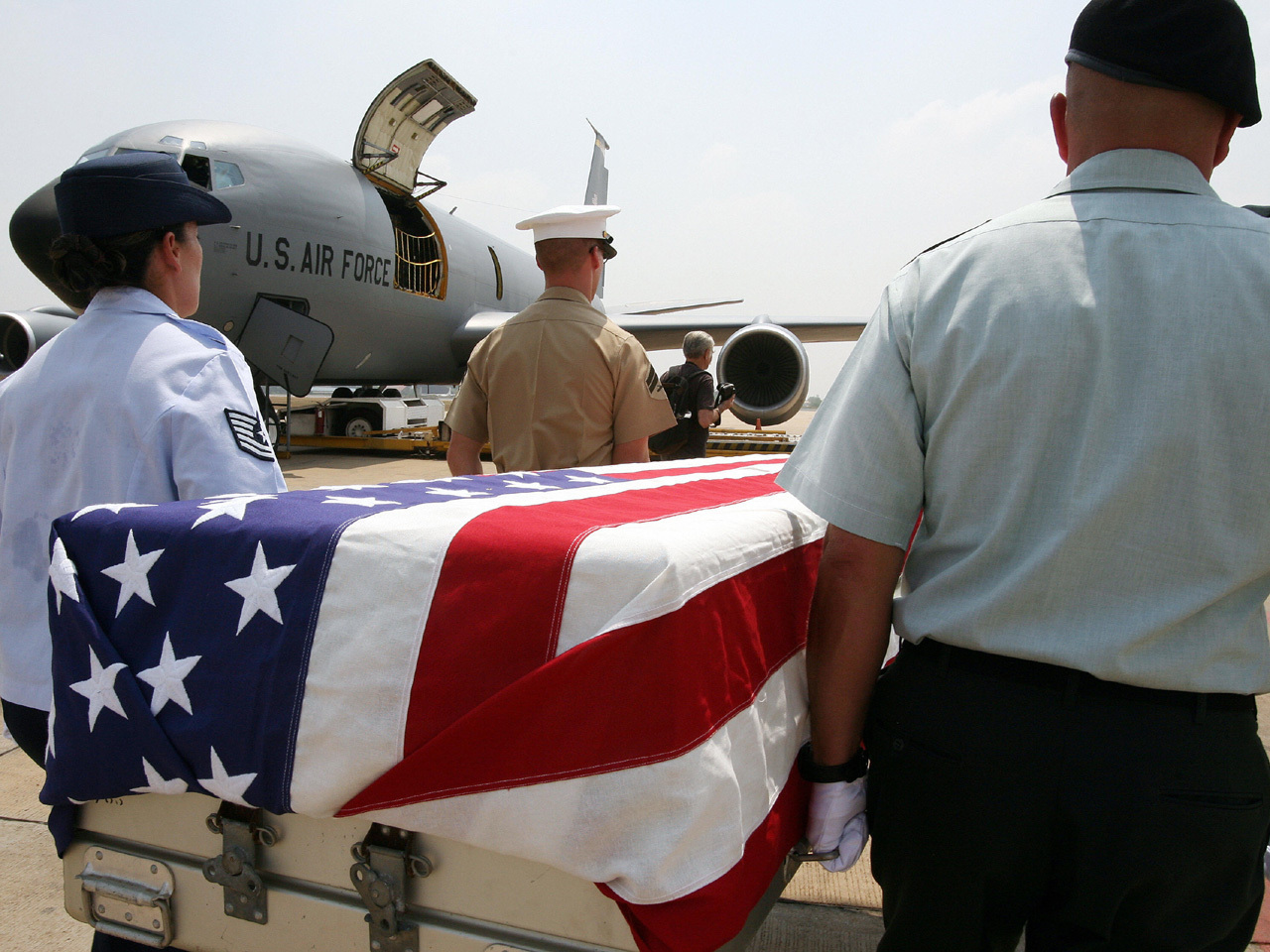 WASHINGTON The Pentagon's effort to account for tens of thousands of Americans missing in action from foreign wars is so inept, mismanaged and wasteful that it risks descending from "dysfunction to total failure," according to an internal study suppressed by military officials.

Largely beyond the public spotlight, the decades-old pursuit of bones and other MIA evidence is sluggish, often duplicative and subjected to too little scientific rigor, the report says.

The Associated Press obtained a copy of the internal study after Freedom of Information Act requests for it by others were denied.

The report paints a picture of a Joint POW/MIA Accounting Command, a military-run group known as JPAC and headed by a two-star general, as woefully inept and even corrupt. The command is digging up too few clues on former battlefields, relying on inaccurate databases and engaging in expensive "boondoggles" in Europe, the study concludes.

In North Korea, the JPAC was snookered into digging up remains between 1996 and 2000 that the North Koreans apparently had taken out of storage and planted in former American fighting positions, the report said. Washington paid the North Koreans hundreds of thousands of dollars to "support" these excavations.

Some recovered bones had been drilled or cut, suggesting they had been used by the North Koreans to make a lab skeleton. Some of those remains have since been identified, but their compromised condition added time and expense and "cast doubt over all of the evidence recovered" in North Korea, the study said. This practice of "salting" recovery sites was confirmed to the AP by one U.S. participant.

JPAC's leaders authorized the study of its inner workings, but the then-commanding general, Army Maj. Gen. Stephen Tom, disavowed it and suppressed the findings when they were presented by the researcher last year. Now retired, Tom banned its use "for any purpose," saying the probe went beyond its intended scope. His deputy concurred, calling it a "raw, uncensored draft containing some contentious material."

The AP obtained two internal memos describing the decision to bury the report. The memos raised no factual objections but said the command would not consider any of the report's findings or recommendations.

The failings cited by the report reflect one aspect of a broader challenge to achieving a uniquely American mission — accounting for the estimated 83,348 service members still listed as missing from World War II, Korea and Vietnam.

This is about more than tidying up the historical record. It is about fulfilling a promise to the mothers and fathers, sisters and brothers and sons and daughters of the missing. Daughters like Shelia Reese, 62, of Chapel Hill, N.C., who still yearns for the father she never met, the boy soldier who went to war and never returned.

She was 2 months old when heartbreaking word landed at her grandmother's door a week before Christmas 1950 that Pfc. Kenneth F. Reese, a 19-year-old artilleryman, was missing in action in North Korea. To this day, the military can't tell her if he was killed in action or died in captivity. His body has never been found.

A sense of emptiness and unanswered questions haunted many families of the missing throughout the second half of the 20th century, when science and circumstance did not permit the almost exact accounting for the dead and the missing that has been achieved in Iraq and Afghanistan. While the government's efforts have provided closure for hundreds of families of the missing in recent years, many others are still waiting.

Over time, the obscure government bureaucracies in charge of the accounting task have largely managed to escape close public scrutiny despite clashing with a growing number of advocacy groups and individuals such as Frank Metersky, a Korean War veteran who has spent decades pressing for a more aggressive and effective U.S. effort.

The outlook for improvement at the Joint POW/MIA Accounting Command, he says, is not encouraging.

"Today it's worse than ever," he says.

People disagree on the extent of the problem. But even the current JPAC commander, Air Force Maj. Gen. Kelly K. McKeague, says he would not dispute those who say his organization is dysfunctional.

"I'd say you're right, and we're doing something about it," McKeague said in a telephone interview last week from his headquarters in Hawaii. He said changes, possibly to include consolidating the accounting bureaucracy and putting its management under the Joint Chiefs of Staff in Washington, are under consideration.

The internal report by Paul M. Cole was never meant to be made public. It is unsparing in its criticisms:

He directed most of his criticism at the field operations that collect bones and other material, as opposed to the laboratory scientists at JPAC who use that material to identify the remains. Cole is a management consultant and recognized research expert in the field of accounting for war remains; he still works at JPAC.

More broadly, the government organizations responsible for the accounting mission, including the Pentagon's Defense Prisoner of War/Missing Personnel Office, or DPMO, which is in charge of policy, have sometimes complicated their task by making public statements that their critics view as disingenuous or erroneous.

The head of DPMO, for example, retired Army Maj. Gen. W. Montague Winfield, said last month at a public forum that the U.S. government has "no evidence" that U.S. servicemen taken prisoner in North Korea during the 1950-53 war were later moved to the former Soviet Union against their will and never returned.

Washington made a detailed case in writing to Moscow in 1993 that such transfers did happen, and the AP has obtained a videotape produced by U.S. officials and given to the Russians at the same time to support the U.S. case.

The tape, which has never before been made public, was provided to the AP by a former government official who was not authorized to release it. It says that based on interviews and other research, U.S. investigators believe "10s if not 100s" of American POWs were transferred to the territory of the former Soviet Union. In some cases they were moved to Russia through rail transfer points in China, the tape asserts.

"Certainly we understand that these operations were never meant to see the light of day," the film says.

The Russian government has repeatedly denied it received American POWs from Korea.

Mark Sauter, a private researcher and co-author with John Zimmerlee of "American Trophies and Washington's Cynical Attitude," an e-book about POWs to be published this month, found in government archives a U.S. intelligence report from August 1955, two years after the war, calling for a bigger intelligence effort to learn about such POW transfers.

"Continued and numerous fragmentary intelligence reports give credence to possible detention of a large number of American POWs in China, Manchuria, U.S.S.R., and North Korea," it said. It cited one "significant report" describing "a large number of U.S. POWs being shipped into U.S.S.R. by rail" from northeast China.

Accounting for the nation's war dead has been a politically charged issue for decades. The debate is not about the practicality of the mission, which some might question, but how it should be pursued.

Sometimes overlooked amid the squabbling is the emotional toll on the families of the missing. They are often bewildered by the bureaucracy and left to watch hope wear away with the passage of time.

In 1975, more than two decades after Pfc. Kenneth F. Reese was declared missing in Korea, his widow, Chris Tench, who had by then remarried, described her feelings in her local newspaper, the Gastonia (N.C) Gazette.

She wrote that initially she was relieved to realize that the policeman who delivered the news about Reese on Dec. 18, 1950, was saying that her husband was missing, not dead. He might turn up alive, she recalled thinking.