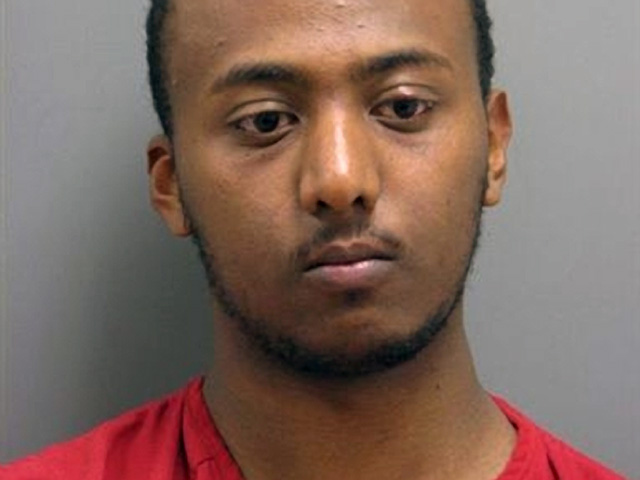 A source told CBS News that the man detained in the discovery of a suspicious vehicle outside the Pentagon Friday morning has been identified as a lance corporal in the U.S. Marine Corps Reserve.

In a statement, the FBI said Melaku had been awarded the National Defense Service Medal and the Selected Marine Corps Reserve Medal. The bureau said he joined the Marine Reserve in 2007 and has not deployed overseas.

A law enforcement official told The Associated Press that Melaku is a naturalized U.S. citizen from Ethiopia. Investigators and bomb-sniffing dogs were sifting through his family's home in Fairfax County, Va., and agents in white protective suits removed evidence from the property.

Previously, FBI Special Agent Brenda Heck, who heads the bureau's counterterrorism division in its Washington field office, told reporters that a non-explosive material was found in a backpack the suspect was carrying at the time of his arrest.

A law enforcement official speaking on the condition of anonymity said tests were being done to determine the substance and the exact concentration.

A law enforcement source told Milton that the suspect now identified as Melaku was carrying a notebook that contained the phrases "al Qaeda," "Taliban rules" and "Mujahid defeated croatian forces" when he was detained.

Despite the references to the terror organization that organized the 9/11 attacks, the group fighting U.S. forces in Afghanistan and the Arabic word for "holy warrior," the law enforcement source told Milton that the suspect is not thought to have been involved in a terrorist act or plot.

"It seems to be washing out at this point, but it is still being drilled down on," the law enforcement source told Milton.

The suspect was being held by the Park Police. No charges have been filed against him.

"This is all very unfolding and a continuing investigation," Heck told reporters.

WUSA-TV reports that Melaku appears to have an extensive criminal record in the capital area. In Loudoun County, Va., Melaku has four pending cases for grand larceny stemming from a rash of vehicle break-ins.

Neighbors said they had seen Melaku and his father occasionally driving taxicabs but did not know them well and never saw anything unusual.

Marion Randolph, who lives down the street, was not overly concerned about the police activity Friday, but said, "It's still unnerving to have an individual like this in your neighborhood."

The suspect was detained at Arlington National Cemetery after police from nearby Fort Myer came across him around 1 a.m. Friday, when the cemetery is closed, triggering an investigation. The U.S. Park Police then launched a search for a vehicle, which was found near the Pentagon in Arlington, Va., just outside of Washington, D.C., Park Police spokesman Sgt. David Schlosser said.

Heck said no suspicious items were found in the vehicle.

Previously, the suspect was reported to have been suspected of planting suspicious devices in the Arlington area, at the national cemetery, the Pentagon and the U.S. Marine Corps War Memorial, also known as the Iwo Jima Memorial. Schlosser did not confirm that report.

CBS News reports that the Marine Corps Memorial is open to the public. Arlington National Cemetery was briefly closed but has since reopened.

Matthew Chandler, a spokesman for the Department of Homeland Security, told CBS News that federal agencies were involved with the investigation.

"DHS is monitoring a suspicious vehicle incident causing road closures around the Pentagon," Chandler said. "This is a law enforcement matter at this time, with the U.S. Park Police and the Arlington County Police Department as leads and other federal agencies on the scene."

In another incident earlier this week, a motorist found with a gun and what appeared to be a suspicious package near the Pentagon was taken into custody.