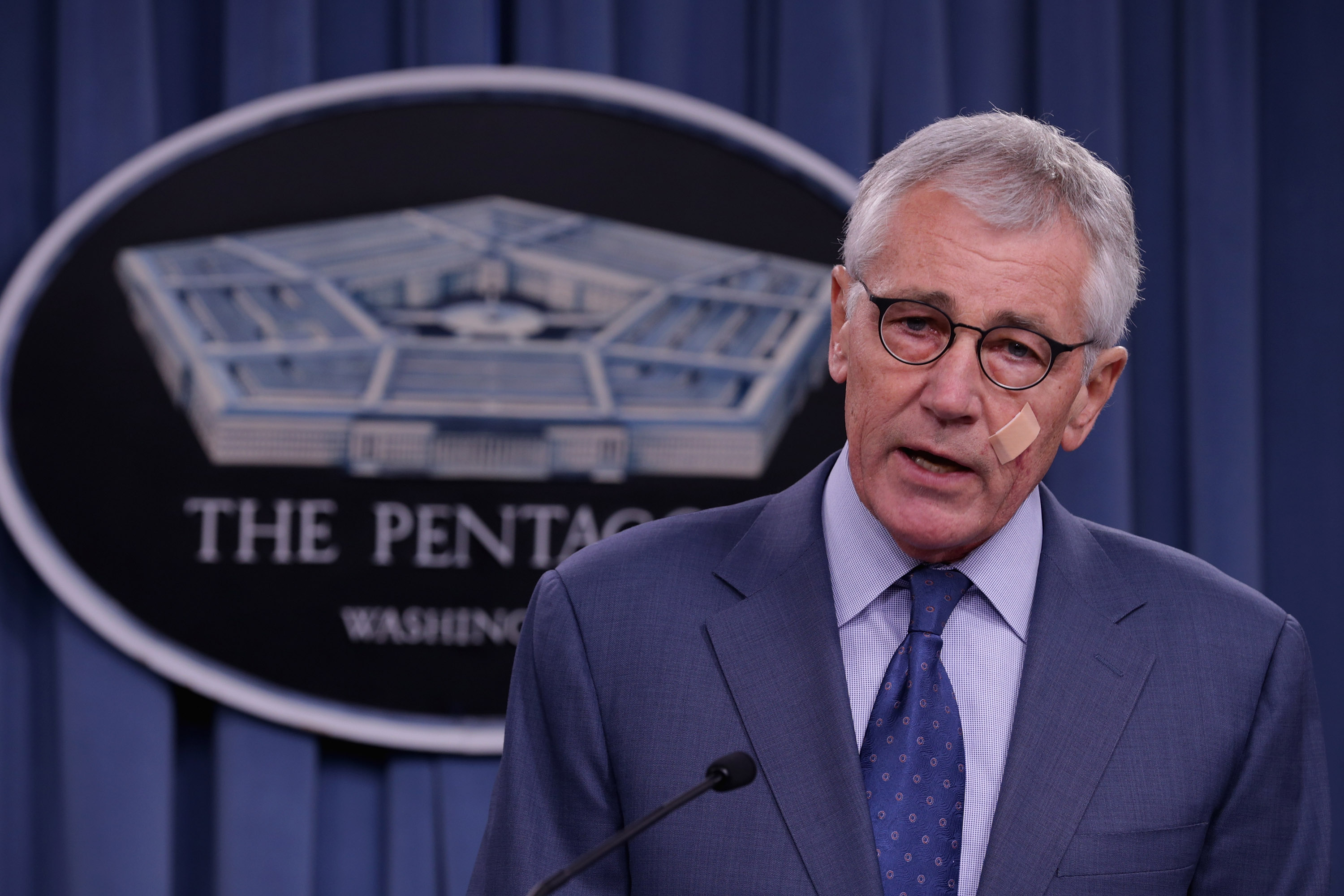 One telling example of the decay in the nation's nuclear arsenal emerged from reviews released by the Pentagon Friday. Maintenance crews at the nation's nuclear bases had access to only one wrench required to tighten bolts on the warhead end of the Minuteman 3 missile, and this same wrench was being used by crews at all three ICBM bases in North Dakota, Wyoming and Montana, according to reviews by the Pentagon and by outside experts.

Asked about the wrench by CBS News National Security Correspondent David Martin, Defense Secretary Chuck Hagel said Friday that crews at the three bases exchanged the tool by "federal expressing" it to each other. "They were creative and innovative," he said, but he acknowledged that's not how the system is supposed to work.

Hagel said the wrench episode is indicative of "a system that's been allowed to kind of slowly back downhill" in recent years, but he added that the problems did not "affect the safety, security, and effectiveness" of the nation's nuclear arsenal.

Hagel is ordering top-to-bottom changes in how the nation's nuclear arsenal is managed, vowing to invest billions of dollars more to fix what ails a force beset by leadership lapses, security flaws and sagging morale. He announced Friday the results of the two reviews and spelled out actions he has ordered to improve nuclear force management. He had ordered the reviews as a result of a series of stories by The Associated Press that revealed morale, leadership, security and safety problems across the nuclear force.

Hagel's reviews concluded that the structure of U.S. nuclear forces is so incoherent that it cannot be properly managed in its current form, and that this problem explains why top-level officials often are unaware of trouble below them. Senior defense officials said the reviews found a "disconnect" between what nuclear force leaders say and what they deliver to lower-level troops who execute the missions in the field.

Beyond any single episode, though, Hagel said, the reviews "found evidence of systematic problems" in the nation's nuclear force that could jeopardize the country's national security if left unchecked. He said the reviews "showed that a consistent lack of investment and support for our nuclear forces over far too many years has left us with little margin to cope with mounting stresses."

The Pentagon chief cited "manning, infrastructure, and skill deficiencies; a culture of micromanagement and over-inspection; and inadequate communication, follow-up, and accountability by senior department and nuclear enterprise leadership."

Hagel also mentioned the toll taken by America's wars in Iraq and Afghanistan. "When a nation is at war, that's a focus," he said, blaming the unrest in the Middle East and North Africa, along with the continued threat posed by terrorism, for crowding out other national security concerns and enabling Americans to take the nuclear force for granted.

"We just have kind of taken our eye off the ball here," he said, but the "good news is there's nothing here that we can't fix."

Among his more significant moves, Hagel said he'd authorized the Air Force to put a four-star general in charge of its nuclear force. He mentioned a need to "elevate our nuclear personnel" and counteract a "pervasive sense that a career in the nuclear enterprise offers too few opportunities for growth and advancement."

The top Air Force nuclear commander currently is a three-star. Lt. Gen. Stephen Wilson is responsible not only for the 450 Minuteman ICBMs but also the nuclear bomber force. Hagel has concluded that a four-star would be able to exert more influence within the Air Force and send a signal to the entire force that the mission is taken seriously, defense officials said.

The review's authors, retired Air Force Gen. Larry D. Welch and retired Navy Adm. John C. Harvey Jr., found fault with one of the unique features of life in the nuclear forces. It is called the Personnel Reliability Program, designed to monitor the mental fitness of people to be entrusted with the world's deadliest weapons.

Over time, that program has devolved into a burdensome administrative exercise that detracts from the mission, the authors found, according to senior defense officials. Hagel ordered that it be overhauled.

Hagel concluded that despite tight Pentagon budgets, billions of dollars more will be needed over the next five years to upgrade equipment. That will include a proposal to replace the Vietnam-era UH-1 Huey helicopter fleet that is part of the security forces at ICBM bases. The Air Force declared them out of date years ago but put available resources into other priorities.

Hagel said Friday that the exact figures would be laid out in the budget the Pentagon presents to Congress, but he estimated the department is "probably looking at a 10 percent increase in the nuclear enterprise" over the next five years.

The Navy, which operates nuclear-armed submarines, has had its own problems, including an exam-cheating scandal this year among nuclear reactor training instructors and has suffered from a shortage of personnel.

When he ordered the two reviews in February, shortly after the Air Force announced it was investigating an exam-cheating ring at one ICBM base and a related drug investigation implicating missile crew members, Hagel was said to be flabbergasted that such misbehavior could be infecting the force.

Hans Kristensen, a nuclear expert with the Federation of American Scientists, said Thursday that while he had not seen the Hagel reviews or heard what actions Hagel was ordering, he was skeptical that it would make much difference.

"Throwing money after problems may fix some technical issues but it is unlikely to resolve the dissolution that must come from sitting in a silo hole in the Midwest with missiles on high alert to respond to a nuclear attack that is unlikely to ever come," Kristensen said.

A cascade of embarrassments befell the Air Force over the past two years, beginning with an AP story in May 2013 revealing one missile officer's lament of "rot" inside the force. Another AP story in November disclosed that an independent assessment for the Air Force found signs of "burnout" and elevated levels of personal misconduct among missile launch crews and missile security forces.

The AP also disclosed last year that four ICBM launch officers were disciplined for violating security rules by opening the blast door to their underground command post while one crew member was asleep.

Just last week the AP disclosed that the Air Force fired two nuclear commanders and disciplined a third, providing evidence that leadership lapses are continuing even as top Air Force officials attempt to bring stability to the ICBM force.

During the briefing on Friday, Hagel was sporting a bandage on his cheek, which he blamed on an "an incident with a cabinet door in the kitchen."

"I know that's not an exciting story," he said. "I engaged the corner of a cabinet in my kitchen, and it didn't turn out well for me."