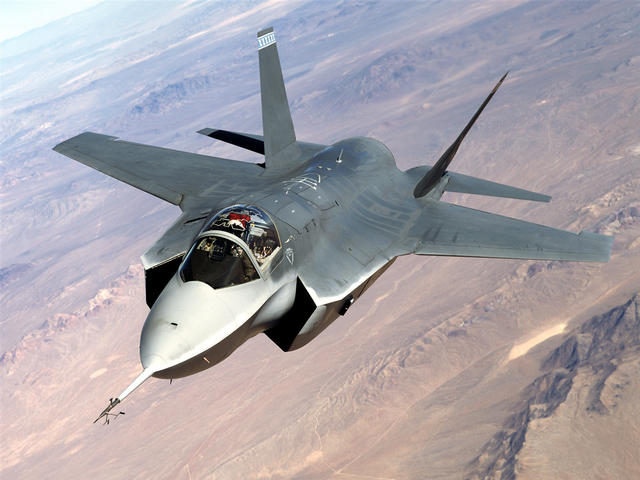 WASHINGTON The Pentagon on Friday grounded its fleet of F-35 fighter jets after discovering a cracked engine blade in one plane.

The problem was discovered during what the Pentagon called a routine inspection at Edwards Air Force Base, Calif., of an F-35A, the Air Force version of the sleek new plane. The Navy and the Marine Corps are buying other versions of the F-35, which is intended to replace older fighters like the Air Force F-16 and the Navy F/A-18.

All versions -- a total of 51 planes -- were grounded Friday pending a more in-depth evaluation of the problem discovered at Edwards. None of the planes have been fielded for combat operations; all are undergoing testing.

In a brief written statement, the Pentagon said it is too early to know the full impact of the newly discovered problem.

A watchdog group, the Project on Government Oversight, said the grounding is not likely to mean a significant delay in the effort to field the stealthy aircraft.

"The F-35 is a huge problem because of its growing, already unaffordable, cost and its gigantically disappointing performance," the group's Winslow Wheeler said. "That performance would be unacceptable even if the aircraft met its far-too-modest requirements, but it is not."

The F-35 is the Pentagon's most expensive weapons program at a total estimated cost of nearly $400 billion. The Pentagon envisions buying more than 2,400 F-35s, but some members of Congress are balking at the price tag.

Friday's suspension of flight operations will remain in effect until an investigation of the problem's root cause is determined.

The Pentagon said the engine in which the problem was discovered is being shipped to a Pratt & Whitney facility in Connecticut for more thorough evaluation.