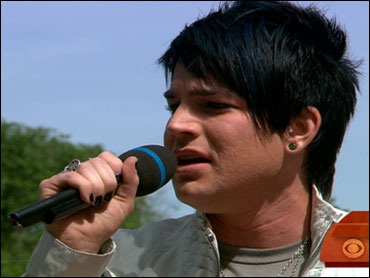 The Pentagon would get expanded powers to shift personnel and money, avoid regulations and reduce the reports it provides to Congress under a Bush administration proposal that both the House and Senate may debate this week.

Defense officials say the Defense Transformation for the 21st Century Act will increase efficiency and eliminate waste, but opponents believe the bill would erode congressional oversight.

According to the San Francisco Chronicle, the plan is designed to address problems like $1 trillion in spending the Pentagon's Inspector General recently said was not properly accounted for, and the missing equipment reported by the General Accounting Office, which included 56 airplanes and 32 tanks.

Defense officials say it will also eliminate cumbersome regulations that have stymied the Pentagon's ability to modernize.

But in a letter last week to House Speaker Denis Hastert, House Democratic leader Nancy Pelosi of California said the plan would "impede Congress' oversight authority in many ways."

"By vastly reducing accountability, the proposal is also likely to increase waste, fraud and abuse of taxpayer funds," Pelosi wrote.

The bill would alter the way the Pentagon manages civilian employees and military personnel, how it buys goods and contracts for services, the authority it has over budgeting and the obligations it faces to file reports with Congress.

If approved in its current form, the bill would allow the Defense Secretary to create a new system for civilian employees — one different from the current civil service system, which the Pentagon says is fractured and cumbersome.

But opponents of the measure say that would eliminate the rules that prevent Pentagon jobs from being used for political patronage.

The Pentagon is also seeking a number of changes in rules governing uniformed personnel. Hoping to encourage top brass to stay in key posts longer rather than switching every 18 months or so, the bill would lengthen tours of duty and raise mandatory retirement ages.

It would also restructure pension rules so generals are not punished for serving more time in a key post at a lower rank than they might reach for moving to a different job.

Defense officials link the changes to the threats the Pentagon is now facing.

"That we are fighting a difficult war on terrorism that promises to be of some duration only makes the need to do so to reform our personnel system even more pressing," Deputy Defense Secretary Paul Wolfowitz told a House panel earlier this month.

The bill would also allow the Defense Secretary to transfer money from program to program. It would free the Pentagon from rules requiring "made-in-the-USA" purchases "when such requirements are not in consonance with security interests."

But, according to critics, the bill would condense $9.1 billion in missile defense projects to a single budget line. The Project on Government Oversight believes the proposal would give the missile defense program — one of the more controversial Pentagon projects — "spending authority reaching far beyond that of any other federal agency."

A major thrust of the bill is streamlining the system for passing information to Congress, which currently requires hundreds of reports on various subjects each year. If made into law, the proposal would allow all reporting requirements to sunset after five years unless Congress renews them.

It also eliminates dozens of specific reports, including the "Report on the Cost of Stationing United States Armed Forces Outside the United States," which the Pentagon says is "of limited utility" and costs a lot to write.

Numerous reports, including the "Annual Operations and Maintenance Budget," are dubbed "redundant." A report called "Physical Protection of Special Nuclear Material" is, in the Pentagon's view, "unnecessary and potentially harmful to our national security."

One aspect of the bill that critics find troubling is that it exempts the Pentagon from certain environmental rules. The Marine Mammal Protection Act, for example, can be waived if the Defense Secretary "determines that it is necessary for national defense."

In her letter, Pelosi also scorns exemptions from provisions of the Clean Air and Endangered Species acts.

Despite its breadth, the final proposal was only submitted to Congress on April 10 of this year. But Wolfowitz says the issues should be familiar to lawmakers because many meetings were held with members of Congress as the bill was prepared.

"We must fix this system now. We cannot afford to wait," he said.