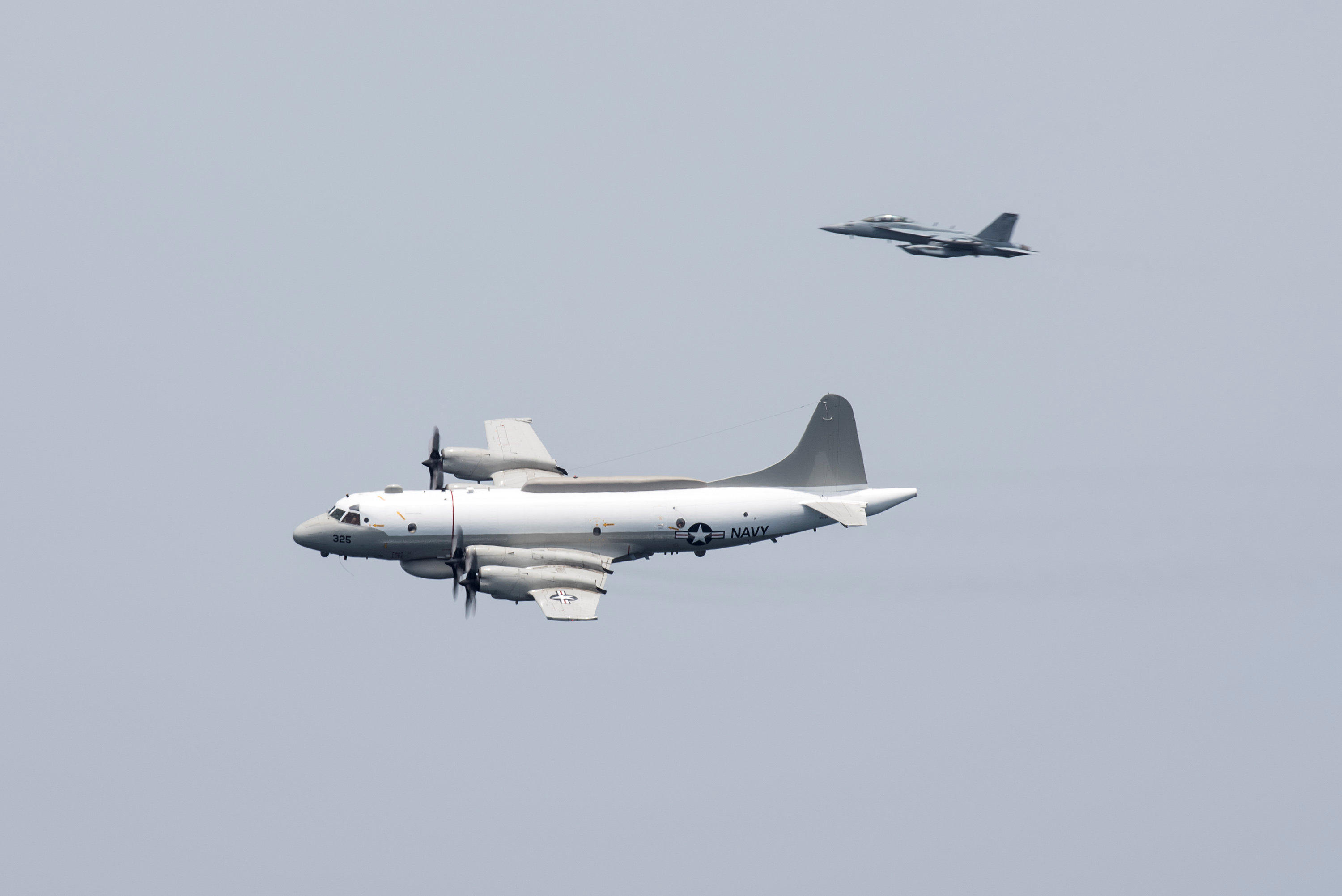 WASHINGTON -- The pilot of a U.S. Navy EP-3 surveillance plane took evasive action to avoid possible collision with a Chinese fighter jet during an encounter off the Korean peninsula, a Pentagon spokesman said Monday.

The spokesman, Navy Capt. Jeff Davis, said two Chinese J-10 fighters intercepted the U.S. plane Sunday in international airspace between the East China Sea and the Yellow Sea, in an area he described as west of the Korean peninsula.

Davis said one of the Chinese planes approached at a high rate of speed from beneath the American plane, then slowed and pulled up, prompting the EP-3 pilot to take evasive action. He called the Chinese pilot's action unsafe.

"This is uncharacteristic of the normal safe behavior we see from the Chinese military," Davis said. "There are intercepts that occur in international airspace regularly, and the vast majority of them are conducted in a safe manner. This was the exception, not the norm."

Navy Lt. Cmdr. Matt Knight, a spokesman for U.S. Pacific Fleet in Hawaii, said the American plane was on a routine mission.

"While we are still investigating the incident, initial reports from the U.S. aircrew characterized the intercept as unsafe," Knight said in an email response to questions. "The issue is being addressed with China through appropriate diplomatic and military channels."