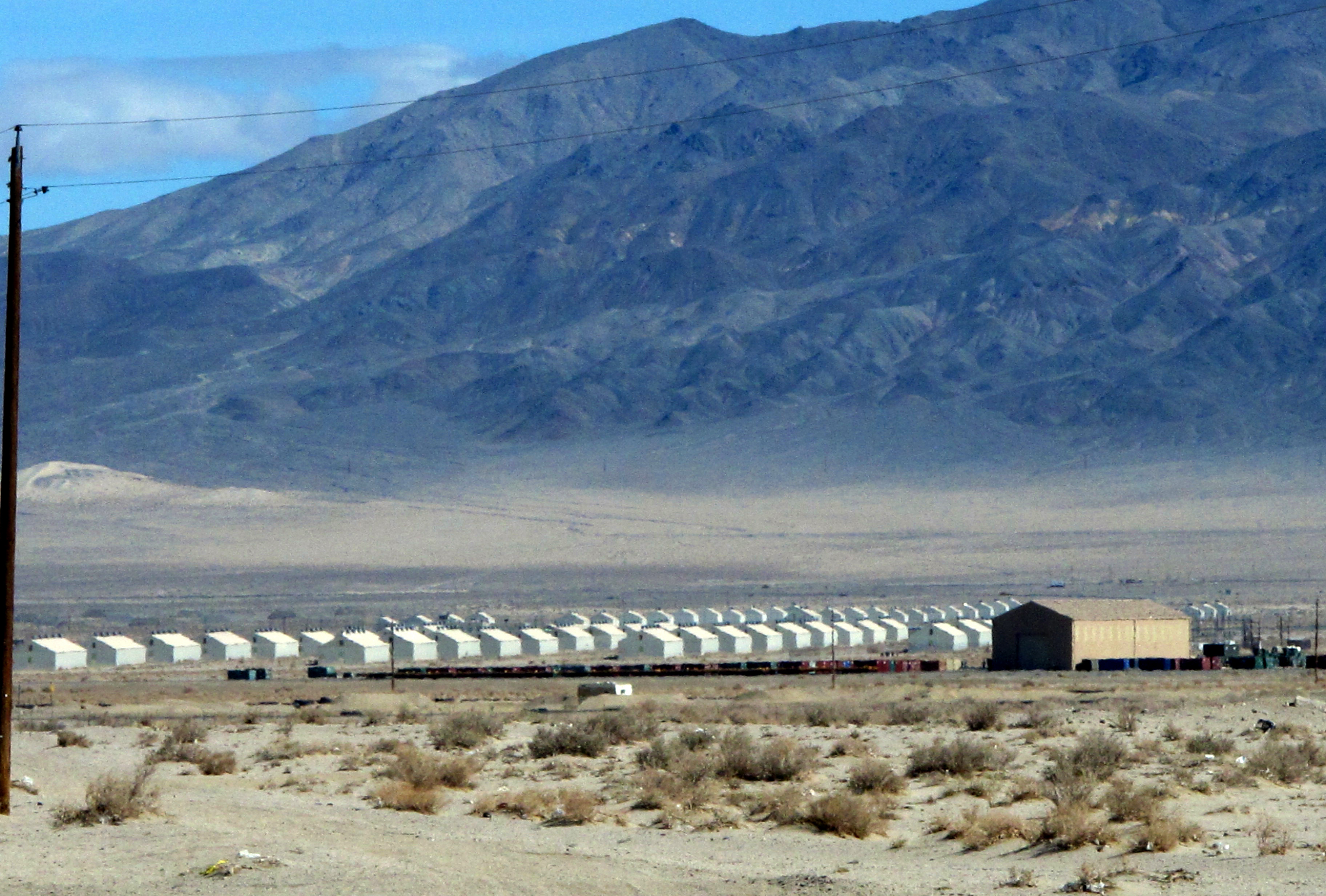 HAWTHORNE, Nev. A mortar shell explosion killed seven Marines and injured several more during mountain warfare training in Nevada's high desert, prompting the Pentagon to immediately halt the use of the weapons until an investigation can determine their safety, officials said Tuesday.

The explosion occurred Monday night at the Hawthorne Army Depot, a sprawling facility used by troops heading overseas, during an exercise involving the 2nd Marine Expeditionary Force from Camp Lejeune, N.C. Several Marines from the unit were injured in the blast, authorities said.

The Marines were practicing firing mortars, reports CBS affiliate KTVN-TV in Reno, when one of the rounds exploded while still inside the tube.

Brig. Gen. Jim Lukeman said investigators were trying to determine the cause of the malfunction.

The Pentagon expanded a temporary ban to prohibit the military from firing any 60 mm mortar rounds until the results of the investigation. The Marine Corps said Tuesday a "blanket suspension" of 60 mm mortars and associated firing tubes is in effect.

The Pentagon earlier had suspended use of all high-explosive and illumination mortar rounds that were in the same manufacturing lots as ones fired in Nevada.

It was not immediately clear whether more than a single round exploded, a Marine Corps official said, speaking on condition of anonymity because the official wasn't authorized to speak about an ongoing investigation.

The Marine Corps said early Tuesday that seven Marines were killed. Eight men under the age of 30 were taken to Renown Regional Medical Center in Reno. One of them died, four were in serious condition, two were in fair condition and another was discharged, said spokesman Mark Earnest.

The identities of those killed won't be released until 24 hours after their families are notified.

"We send our prayers and condolences to the families of Marines involved in this tragic incident," said the force's commander, Maj. Gen. Raymond C. Fox. "We mourn their loss, and it is with heavy hearts we remember their courage and sacrifice."

The rescue was complicated by the remoteness of the site, which is favored because the harsh geography simulates conditions in Afghanistan.

The 60 mm mortar is a weapon that traditionally requires three to four Marines to operate, but it's common during training for others to observe nearby. The firing tube is supported in a tripod-like design and fires roughly a 3-pound shell, some 14 inches in length and a bit larger than 2 inches in diameter.

The mortar has changed little since World War II and remains one of the simplest weapons to operate, which is why it is found at the lowest level of infantry units, said Joseph Trevithick, a mortar expert with Global Security.org.

"Basically, it's still a pipe and it's got a firing pin at the bottom," Trevithick said. Still, a number of things could go wrong, such as a fuse malfunction, a problem with the barrel's assembly, or a round prematurely detonating inside the tube, he said.

The Marine Corps official said an explosion at the point of firing in a training exercise could kill or maim anyone in or near the protective mortar pit and could concussively detonate any mortars stored nearby in a phenomenon known as "sympathetic detonation."

The official said a worldwide moratorium after such an accident is not unusual and would persist until the investigation determines that the weapon did not malfunction in ways that would hurt other Marines or that mortar shells manufactured at the same time as the one involved in the accident were safe.

The official said it would be normal to warn other U.S. military branches that use 60 mm mortars, such as the Army, about the Marines warning. The moratorium could last for weeks or months.

The investigation will focus on whether the Marines followed procedures to properly fire the weapon, or whether there was a malfunction in the firing device or in the explosive mortar shell itself, the official said.

The Hawthorne Army Depot stores and disposes of ammunition. The facility is made up of hundreds of buildings spread over more than 230 square miles, and bunkers dot the sagebrush-covered hills visible from the highway.

Renown hospital emergency physician Dr. Michael Morkin, at a news conference late Tuesday afternoon, said some of the injured Marines he treated were conscious and "knew something happened but didn't know what."

He said he's "fairly confident" that one of the most seriously injured Marines wouldn't have survived had it not been for the response of a Careflight medical helicopter to the remote site near Hawthorne, 140 miles southeast of Reno.

"They're injuries of varying severity ... to varying parts of the body. They're complicated injuries to deal with," he said.

The blast and fires that raged for days heavily damaged the adjacent Picatinny Army Arsenal and surrounding communities, killing 21 people and seriously injuring more than 50 others.

Hawthorne has held an important place in American military history since World War II when it became the staging area for ammunition, bombs and rockets for the war. The Nevada Division of Environmental Protection says that the depot employed more than 5,500 people at its peak.

The facility was considered safely remote, but strategically close to Navy bases in California.

Rocha said he was unaware of any other catastrophic event at the depot over the years it served as a munitions repository. The facility has downsized in recent years but survived a round of base closures nationwide in 2005.

Military officials noted that it gave Marines, Army and Navy personnel a place to train for deployment overseas.

"They train at a similar climate, elevation and terrain as Afghanistan," said Rocha, who has visited the depot many times over the years.

In the small town that calls itself "America's Patriotic Home" near the depot, a massive flag in a park across from the local war memorial waved at half-staff.

Larry Mortensen, an industrial engineer at the depot for 41 years before retiring in 1999, serves with his wife, Carole, on the board of directors of the Hawthorne Ordnance Museum. The museum displays hundreds of shells and other munitions, battery guns and weapons dating to World War II.

Mortensen said there had been fatal accidents at the depot in years past, but none resulting in mass casualties. He said he expected the rural town of about 3,500 residents to rally around victims' families.

"It's a military community. Everybody here supports the military," he said.