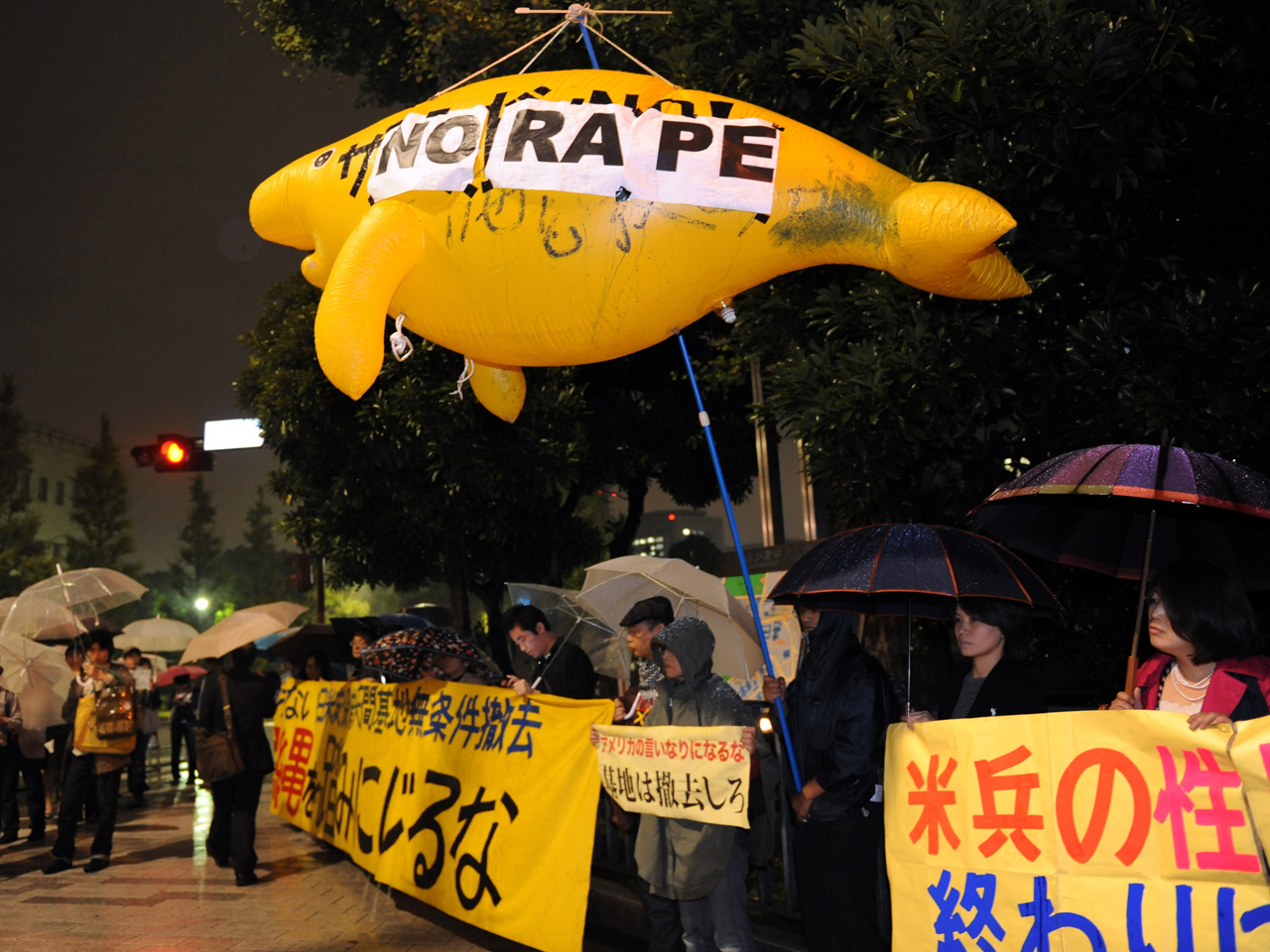 TOKYO The U.S. military is cooperating with Japanese police investigating allegations that two U.S. sailors raped a woman on Okinawa.

The incident has sparked protests from the Japanese government and an outcry on Okinawa, which hosts more than half the 47,000 U.S. troops in Japan.

Cmdr. Kenneth Marshall, a spokesman for the U.S. Navy in Japan, said military authorities are cooperating with and supporting the investigation by Okinawan police, who on Tuesday arrested the two sailors accused of raping the woman. Police have handed over the investigation to prosecutors to decide whether to press formal charges.

Marshall says the Naval Criminal Investigative Service has also launched its own investigation, although Japan has primary jurisdiction.

The suspects, Seaman Christopher Browning and Petty Officer 3rd Class Skyler Dozierwalker, of Joint Naval Air Station, Fort Worth, Texas, were on Okinawa on a brief stopover, the Pentagon says.

According to Japanese media, they had been drinking before they attacked the woman, in her 20s, who was on her way home before dawn Tuesday.

Browning and Dozierwalker are both 23 and enlisted in 2008. They were assigned to the Fort Worth base the same year. Base spokesman Don Ray declined to comment on the men's arrests.

The arrests led to immediate anger on Okinawa, which recently saw massive protests against plans to deploy the Marine Corps' MV-22 Osprey to a base there, because of safety concerns.

Japan's defense minister said he was deeply concerned about the allegations and suggested the U.S. take more measures to prevent such attacks.

Morimoto said the case follows another sexual assault in August, and he indicated he was considering discussing the matter with U.S. Defense Secretary Leon Panetta.

Okinawa Gov. Kazuhiro Nakaima, who has been in Tokyo since earlier this week, said the United States should worry about the consequences of repeated crime by U.S. servicemen on the island, where people already resent their presence.

"It could damage Japan-U.S. security alliance unless there is dramatic improvement," Nakaima said. "We want the U.S. government and its military to take measures that are far severer than a disciplinary measure or something lenient like that."

Tensions between the U.S. military and their Okinawan hosts are endemic, and base-related crimes are a particularly sensitive issue.

Local opposition to the U.S. bases over noise, safety concerns and crime flared into mass protests after the 1995 rape of a schoolgirl by three American servicemen. That outcry eventually led to an agreement to close a major Marine airfield, but that plan has stalled for more than a decade over where a replacement facility should be located.

"The United States government is extremely concerned by recent allegations of misconduct by two individual United States service members," Roos said in a statement. "We are committed to cooperating fully with the Japanese authorities in their investigation. ... These allegations, given their seriousness, will continue to command my full personal attention."

He said he understands the anger in Okinawa and the rest of Japan and promised to "work our hearts out to earn the trust of the Okinawan people and the people of Japan."