Next week during the Olympics, Dominik Hasek will play on the same Czech Republic team as Jaromir Jagr. It sure sounds like more fun than playing against him.

Jagr registered his 700th career point when he scored the game-tying goal late in the second period as the Pittsburgh Penguins skated to a 2-2 tie with the Buffalo Sabres on Friday night.

"I know in three or four days, I will be practicing with him," Hasek said. "But (Friday), he was enemy. Any time he was on the ice, I was ready for him. He's the best player on his team."

Hasek was ready for Jagr, but the Penguins star still beat the Buffalo goaltender after one-timing Alexei Morozov's pass into the slot with 3:57 left in the second period. Jagr's 25th on the season gave him 291 goals and 409 assists in 557 NHL games.

"Every time I play against (Hasek), I'm kind of lucky," Jagr said.

Donald Audette scored two power-play goals as the Sabres extended their unbeaten streak to eight games. Buffalo has not lost at home in 1998, going 4-0-4 including three straight ties.

Jagr's showdown against Hasek pitted one of the best forwards in the world against one of the best goalies. They will be the Czech Republic's key players in Nagano, Japan, next week after the completion of the preliminary rounds.

"If it takes a premier scorer and a great goaltender to win games, then the Czech team's got a chance," said Penguins coach Kevin Constantine. "They certainly have that in Jagr and Hasek."

The two saw plenty of each other on Friday. Jagr played 28 of the 65 minutes in the game and was on the ice for most of the third period. He took three shots against Hasek and was stopped twice.

In the first period, the two collided near the Buffalo net after Jagr skated toward the net and was hauled down. They ended up against the boards with Jagr on top of Hasek.

"I was worried," Jagr said, "that if something happened (to Hasek) the Czech people would come after me."

Eddie Olczyk scored the other goal for the Penguins, who play at Ottawa Saturday before starting the Olympic break. The Sabres will play the same night at Montreal.

Pittsburgh had just four shots on Hasek in the first period before they got moving in the second. Olczyk scored 1:20 into the period to tie the game 1-1 when his backhand in traffic went through Hasek's legs.

"When things aren't going your way, you go back to the basics," Audette said. "You go to the net."

With a 4-0-3 streak going, the Sabres were anxious to see how they fared against the Penguins, who lead the Northeast Division with 70 points.

Buffalo was the better team for the first period, but it blew two one-goal leads in the second before both teams playd an even third. Pittsburgh outshot Buffalo 37-34.

"I'm extremely happy," said Sabres coach Lindy Ruff. "We kept the unbeaten streak alive, and we knew it was going to be a tough stretch. If someone told me we'd be unbeaten after eight games, I would have done a back flip."

Written by Bucky Gleason
©1998 The Associated Press. All Rights Reserved. This material may not be published, broadcast, rewritten, or redistributed 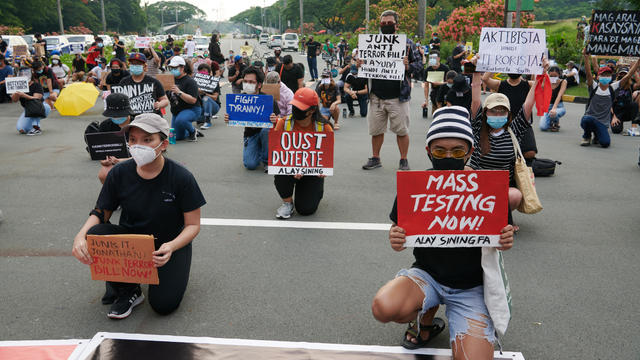