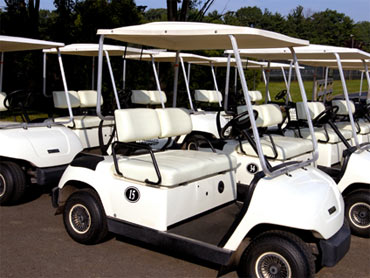 LARKSVILLE, Pa. -- Police arrested a northeast Pennsylvania man after he was spotted driving a golf cart, not from hole to hole, but from bar to bar.

Golf season in Pennsylvania ended some time ago.

Larksville police say the suspect told an officer he was using the golf cart Monday night because he had been drinking and needed a way to get to another bar.

The man initially refused to stop for the officer and nearly rammed a squad car with the golf cart, according to police.

He was taken to a hospital for a blood alcohol test. They say they'll likely file charges after the results come back.