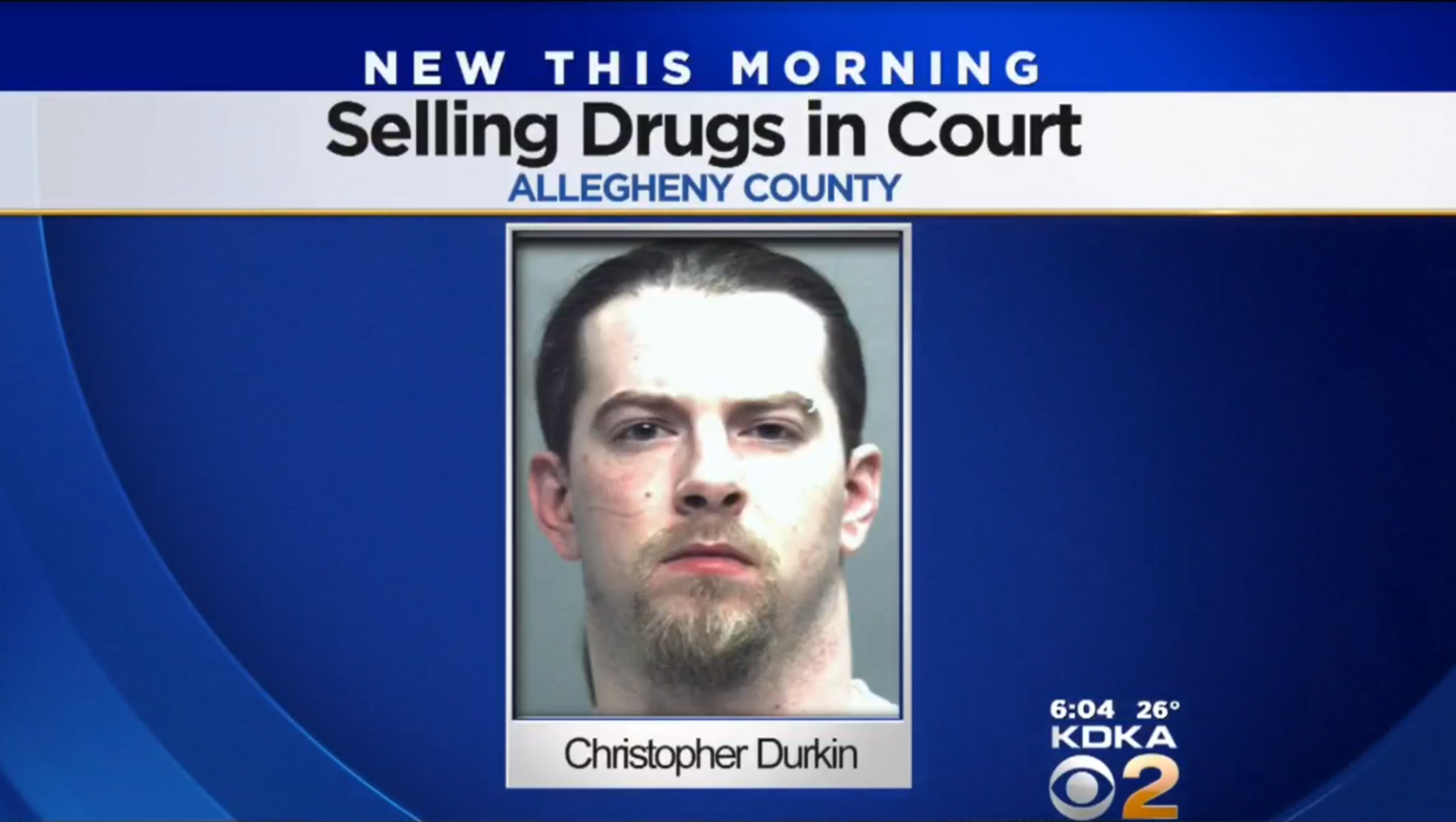 Officials say 35-year-old Christopher Durkin spoke to a man in court after he appeared Monday to face charges of driving under suspension. A deputy told Durkin to leave.

The other man told deputies Durkin attempted to sell him Suboxone pills.

Deputies searched Durkin and he was charged with possession of a controlled substance and possession with intent to deliver.

He is awaiting arraignment and it's not known if he has a lawyer.