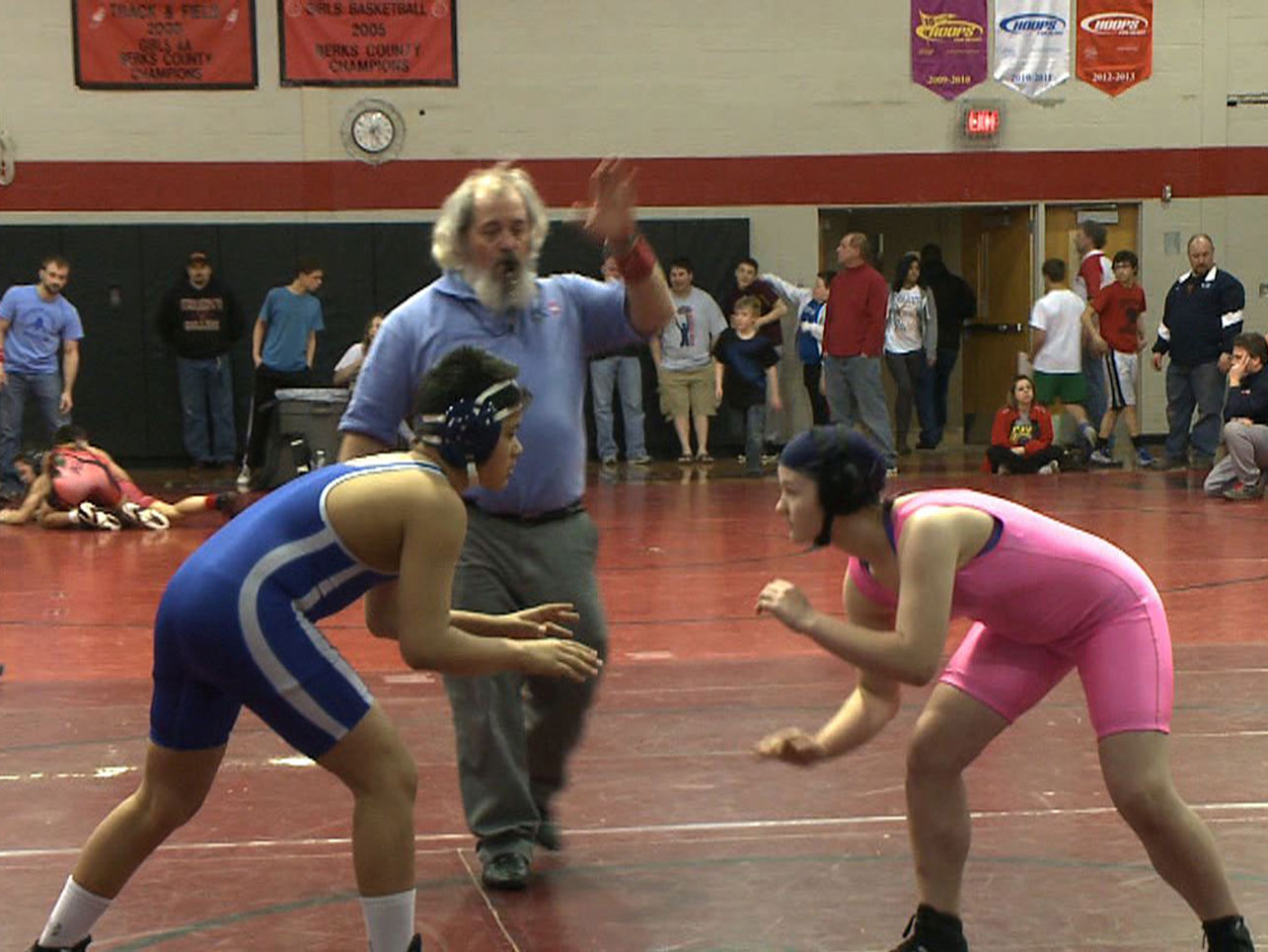 A central Pennsylvania school district will officially get rid of a rule that prevents girls from playing school sports with boys on Tuesday. That's because 13-year-old Audriana Beattie refused to give up wrestling in junior high.

Beattie didn't win the last time she faced off against a boy, but after her enormous legal victory, she is still beaming.

"You don't know why stuff is fun. It's just fun," she told CBS News' Vinita Nair.

Back in 2012, Beattie transferred to the Line Mountain School District in Herndon, Pa. She wrestled for one season as a sixth grader on a co-ed team but was told she couldn't compete in seventh grade - that's when girls are no longer allowed to wrestle with the boys.

Frustrated for their daughter, her family fought back.

"Since she wanted to do it, I just wanted to encourage her," said her father, Brian. "I certainly never told her that it wasn't something for her."

They appealed to the school district multiple times, asking for a change in policy. The school argued that the "physical size, speed and power of male athletes could create a competitive disadvantage and a hazard to the health and safety of female athletes."

"I feel like she's just as safe as the boys out there," he said. "There are referees. If something does happen there are medical personnel there to take care of the injuries."

With few other options, the family filed a federal lawsuit arguing their daughter was being denied the equal rights guaranteed under the 14th amendment.

They also got a temporary restraining order against the school that allowed their daughter to wrestle with the boys this season.

One year into the battle, a federal judge agreed with the family and the school district finally backed down.

"I was just relieved that I could go on with everyday life and not have to worry about it anymore," said Beattie's mom, Angie.

Beattie says wrestling has taught her that skill is often more important than strength. Now she has no intention of ever backing down.

Line Mountain School District declined to comment for this story, citing ongoing litigation. The court has yet to rule on whether the school is responsible for the Beatties' legal costs.

To see Vinita Nair's full report, watch the video in the player above