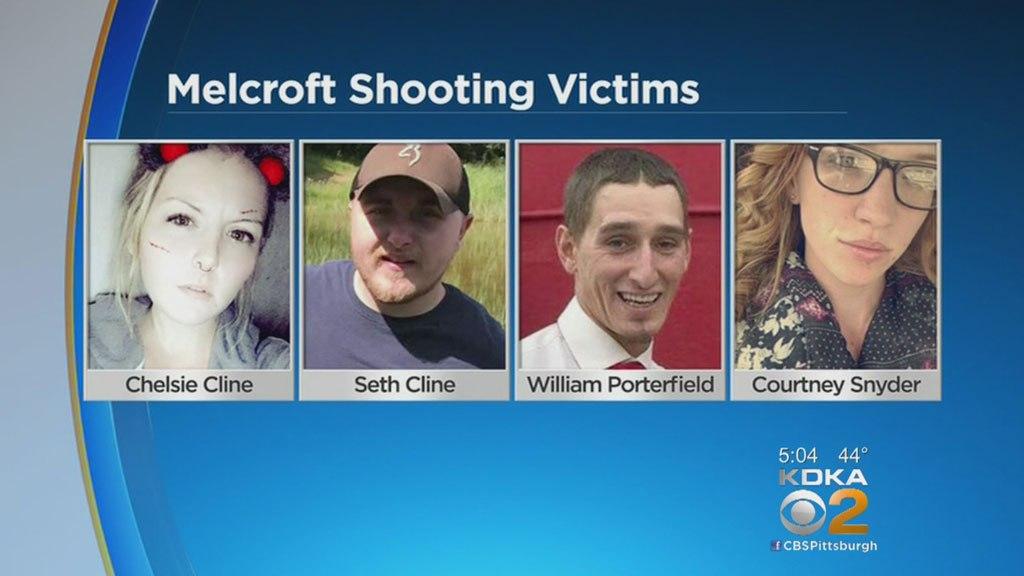 MELCROFT, Pa. — Authorities are still trying to determine what led four people to the Fayette County car wash where they were fatally shot early Sunday morning. CBS Pittsburgh has learned the events that led to the murder of 27-year-old William Scott Porterfield, 25-year-old Chelsie Lou Cline, 23-year-old Courtney Sue Snyder and 21-year-old Seth William Cline may have begun at a place called the Tall Cedars bar in Donegal.

According to sources and management, the four victims and one survivor were at the popular establishment just before they traveled to a car wash early Sunday morning in nearby Melcroft.

That's where state police say 28-year-old Timothy O'Brien Smith shot and killed Porterfield, Chelsie, Snyder and Seth before he's believed to have turned a gun on himself.

Management at Tall Cedars didn't want to speak on camera, but they told CBS Pittsburgh there was no argument or issue with the group, and they left separately.

According to law enforcement sources, the focus has turned to the cell phones of the suspect and the victims and any communication amongst the parties. CBS Pittsburgh  also learned investigators have obtained search warrants for the suspect's vehicle and the victims' vehicles.

Indications are the heavily armed Smith may have ambushed the victims. Investigators and family members say Chelsie was seeing Porterfield, but had some type of relationship with Smith before she ended it. Family members believe that rejection may have sparked Smith's attack.

"He would leave her stuff on her car. She'd get done with work, and she'd come out and there would be a case of beer on her hood, scratch-off tickets or anything," Sierra Kolar, Chelsie's sister, said Sunday. "If he found out she was sick, he would bring her flowers. He loved her."

Smith remains on life support and is not expected to survive.