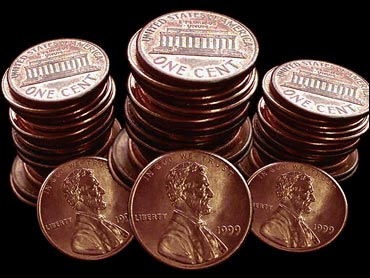 (CBS/AP) ASHLAND, Mass. - A suburban Boston driver who gave another motorist more than his two-cents worth in a road rage incident is in trouble with the law.

Police say 42-year-old Paul Castelli is facing charges including assault and battery with a dangerous weapon for allegedly lobbing a handful of pennies at a car.

Police say Castelli pulled out of a side street on Tuesday, prompting another driver to slam on the brakes and honk his horn.

When the two vehicles pulled alongside each other, Castelli allegedly showered the other car with pennies, some of which made their way through an open window and sun roof, hitting a woman in the face and knocking her glasses off.

The MetroWest Daily News reports that Castelli was released after pleading not guilty at his arraignment Wednesday.