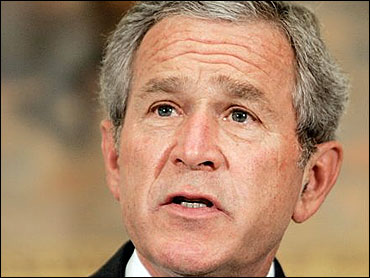 Pittsburgh forwards Matthew Barnaby and Tyler Wright give the Penguins an edge because of the way they get on opposing players' nerves.

But, Edmonton used Barnaby and Wright's trash-talking to their advantage Friday night in a 2-2 tie as Todd Marchant and Roman Hamrlik scored in the third period to rally the Oilers.

Edmonton center Doug Weight said the Oilers were sleepwalking after a taxing win in Philadelphia on Thursday and late-night travel. The team came to life after Barnaby started arguing with Edmonton coach Kevin Lowe in the second period.

"We played (Thursday) on adrenalin," Weight said. "But that catches up to you and we felt it in the first period tonight. We were sluggish. The Wrights and the Barnabys - they get you going.

"They're the kind of players who are yapping the whole game. They're just doing their job. But they got us into the game. They really made us mad."

Pittsburgh defenseman Darius Kasparaitis agreed that the Penguins made a mistake.

"They were sleepy when they came here," he said. "We should be smarter next time. We should let them sleep. We started doing some crazy things in the second period. We started yelling at their bench."

Lowe wouldn't disclose the nature of his conversation with Barnaby.

"We had the game in control and then it unraveled a little bit,"coach Herb Brooks said.

Edmonton has gone to overtime an NHL-high 23 times, including five of the last 10 games. The Oilers are 2-7-14 in overtime.

The game turned when the Penguins lost starting goalie Jean-Sebastien Aubin at 2:29 of the third period.

He was struck in the chin by Ethan Moreau's shoulder after making a save and had to be helped from the ice. He had stopped all 14 shots he had faced.

There was no word on the extent of Aubin's injury. Assistant coach Eddie Johnston, who handles the goaltenders, said the blow knocked Aubin out. Aubin appeared woozy as two teammates supported him and led him to the locker room.

"I think we got a little life," Edmonton forward Ryan Smyth said. "We were getting some chances on Aubin, but we couldn't get anything by him."

Tom Barrasso, who replaced Aubin, was beaten on a short-handed 2-on-1. Marchant scored on Mike Grier's pass at 5:09 for Edmonton's eighth short-handed goal of the season.

The Oilers tied it on a power play at 11:54 of the third. Weight beat Robert Lang cleanly on a faceoff, and Hamrlik rifled a shot past Barrasso from the left point.

Straka scored his first goal at 4:20 of the first period. He held the puck and had the open net when Edmonton goalie Tommy Salo was knocked off his skates by teammate Tom Poti during a scramble in front of the net.

The Penguins won the faceoff after the goal and Straka split the defense to beat Salo on a breakaway for his 14th goal.

"I thought we played a pretty good game with the exception of seven seconds," Weight said.

Straka tied Pittsburgh's record for fastest two goals by an individual. The mark was set by Wally Boyer, who scored two in eight seconds at Detroit against Roy Edwards on March 5, 1970.

Straka was three seconds off the NHL record. Nels Stewart of the Montreal Maroons scored twice in five seconds on Jan. 3, 1931, and Winnipeg's Deron Quint matched Stewart's mark on Dec. 15, 1995, against Edmonton.