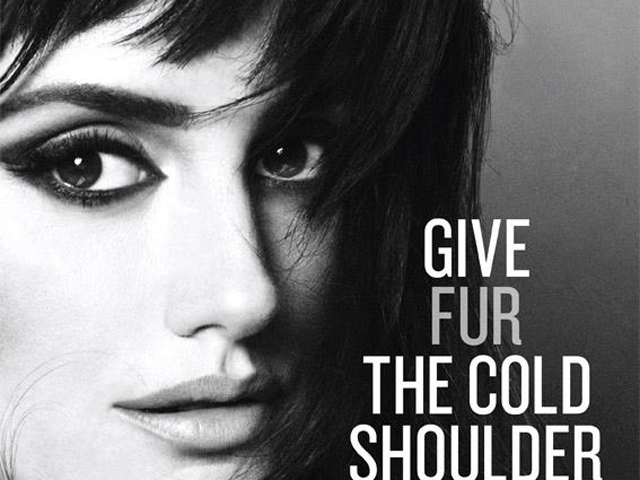 (CBS) Penelope Cruz is turning a cold shoulder to fur. The actress has teamed with People for the Ethical Treatment of Animals for an anti-fur campaign.

She's appearing in a new PETA ad, which is being displayed on a 70-foot billboard that went up in New York on Wednesday. The PETA campaign leads up to Fashion Week in New York this month. Similar Fashion Week blitzes will follow in Paris, Milan and London.

You'll never find Cruz, 37, wearing fur on the red carpet or anywhere else. According to PETA's website, "There's not an inch of fur in the collection that she and her sister designed for the fur-free Spanish clothing retailer Mango."

Other stars who have posed for PETA anti-fur ads include Eva Mendes, Charlize Theron and Elisabetta Canalis. First lady Michelle Obama has also said she would never wear real fur.

Cruz and her husband Javier Bardem are parents to 1-year-old son Leo.