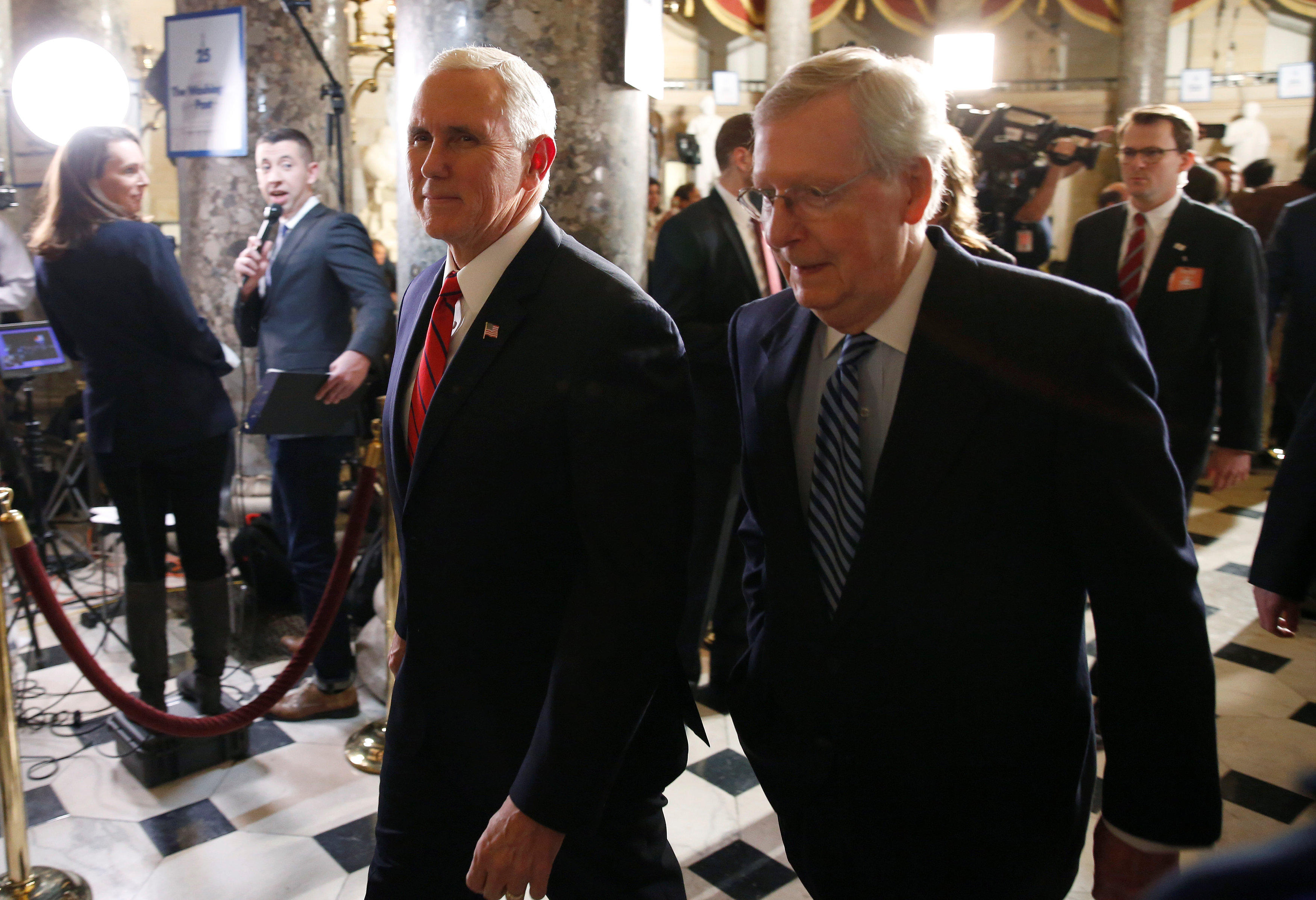 Vice President Mike Pence has paid a visit to a truck dealership in southern West Virginia, touting the tax cuts enacted by the Republican-controlled Congress while slamming the state's Democratic Sen. Joe Manchin, who voted against the plan.

Pence says Manchin "has voted 'no' time and again on the policies that West Virginia needs."

Manchin has responded with a statement saying, "The Vice President's comments are exactly why Washington Sucks."

Pence, speaking at Worldwide Equipment Inc., says cuts in taxes and federal regulations prompted CEO Terry Dotson to give bonuses to all the company's 1,100 employees and move ahead with a new dealership in Charleston, South Carolina.

The $300 bonuses were paid in December when the tax bill was signed.

Republicans are gathering in West Virginia this week for a GOP retreat. On the way to the retreat site, the Amtrak train many members were riding hit a truck. No members of Congress were seriously injured, but the driver of the truck was killed.