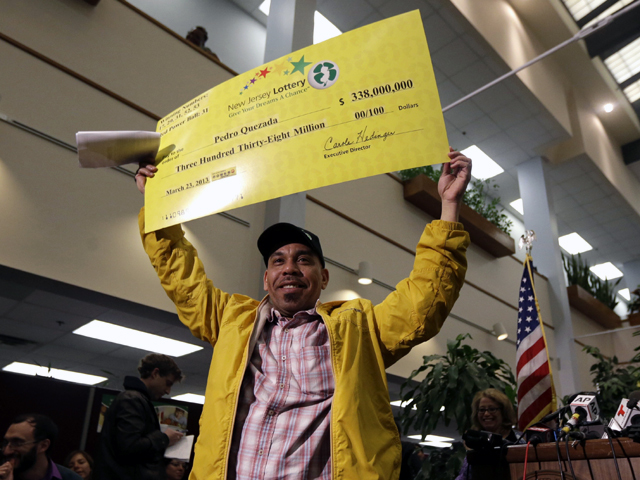 PATERSON, N.J. --  A man who won a $338 million Powerball jackpot was charged on Wednesday with sexually assaulting a child.

Pedro Quezada was charged with sexual assault and endangering the welfare of a child. Passaic County prosecutor Camelia Valdes said the child was between 11 and 14 years old when the assaults occurred.

Quezada, who's 49, was scheduled to make his initial court appearance on Wednesday afternoon. He could face up to 20 years in prison if convicted.

His attorney didn't immediately return a phone call seeking comment on the case.

Valdes, the prosecutor, said there did not appear to be any other victims.

Quezada, who moved to the U.S. from the Dominican Republic about 30 years ago, worked 15-hour days at his bodega in Passaic before winning the lottery in 2013. He took a $152 million lump sum payment after taxes.

"My life has changed," he said at a press conference when he was announced as the winner. "It will not change my heart."

Quezada, of Wayne, became embroiled in legal matters after his big win.

He was accused of reneging on a promise to pay the rent of all his neighbors on his block in the days after he won the jackpot. He also was sued by a contractor who claimed he didn't pay for renovations to a home he bought in Clifton.