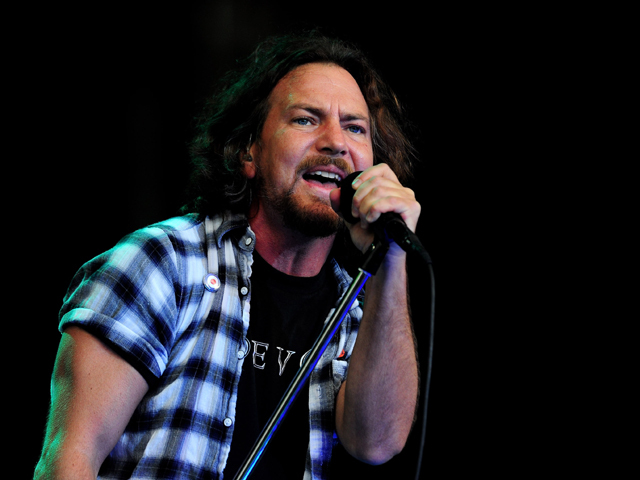 (CBS) There's no doubt that Grammy-winning Pearl Jam rocks the earth with its chart-topping music, but now the band is being recognized for really rocking its environmental mission.

Rock the Earth, a Colorado-based environmental organization, awarded its 2011 Planet Defender Awards to the eco-friendly band, as well as environmentalist Robert F. Kennedy, Jr., and Josh Fox, the director of the Oscar-nominated documentary "Gasland."

For two decades, Pearl Jam has made its mark on the music industry while making sure not to leave its carbon footprint.

Lead singer Eddie Vedder often participates in fundraisers and benefits for environmental groups such as, the Kelly Slater Foundation and Jack Johnson's Kokua Hawaii Foundation. Also a surfer, Vedder is on a crusade to protect our oceans. He's active in surf-related conservation efforts, most notably Surfrider Foundation, according to Rock the Earth.