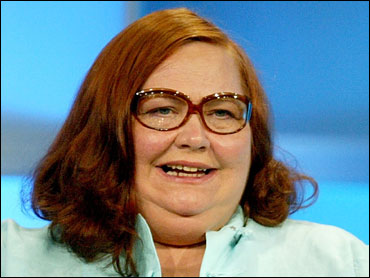 About 2,000 sailors, veterans, community leaders and guests bowed their heads Wednesday in remembrance of the attack on Pearl Harbor that hurled the U.S. into World War II 64 years ago.

Four F-15s flown by the Hawaii Air National Guard roared above the bay, including one jet that veered off from the group to symbolize the 2,390 people killed. The USS Chaffee passed by the sunken USS Arizona, where more than 900 sailors remain entombed.

The crowd, which included about 20 Pearl Harbor survivors, observed a moment of silence at 7:55 a.m. — the exact time the surprise attack began in 1941.

"It did not defeat us. That is why we return here, why we will always return. And that is why we must never forget the events and sacrifices of that terrible day," Mullen said.

Survivors later laid wreaths in honor of ships that were destroyed. Trumpeters from the Pacific Fleet Band played taps.

The crowd gathered on a grassy area outside the visitors' center from which tourists take boats to the Arizona Memorial, erected over the sunken battleship.

Gilbert Meyer was 18 and asleep aboard the USS Utah when a torpedo slammed into his ship. A second torpedo jolted him wide awake and rolled the Utah over, forcing the crew to scramble out.

"The Japanese planes came over and the bullets starting hitting the hull, and it made such a noise I knew I had to get the hell out," said Meyer, now 82. "Battleship row was all smoke. ... You just can't describe the chaos that existed that day."

Today the USS Utah — still holding the bodies of 58 soldiers — sits half-submerged on the other side of Pearl Harbor from the USS Arizona.

Sen. Daniel K. Inouye, D-Hawaii, told the crowd that America "stood up and changed the course of history for mankind" after the attack.

"It was a day when weaker souls would have surrendered. Out of the ashes and oil, out of the waters came a resilience, lessons of determination, an unwavering spirit of the American people," Inouye said.

Inouye was 17 when he saw Japanese planes drop bombs on Oahu. He later enlisted in the Army, losing his right arm fighting in Italy with the heavily decorated 442nd Regimental Combat Team made up mostly of fellow Japanese-Americans.