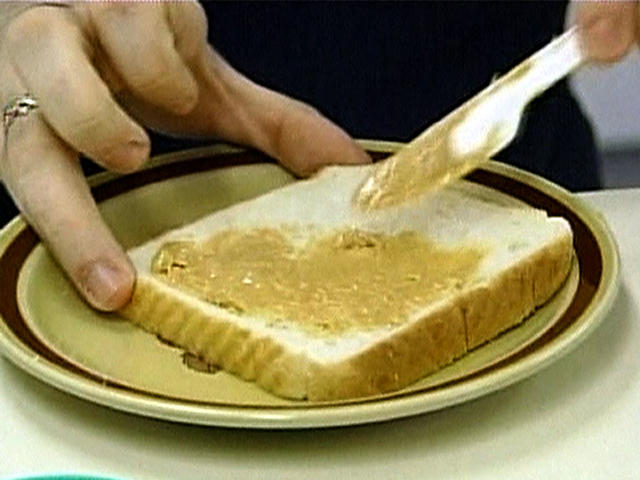 (CBS/AP) New Mexico-based Sunland Inc. has expanded its recall to 76 types of peanut butter and almond butter after a product it sold to Trader Joe's groceries was linked to a salmonella outbreak.

Sunland spokeswoman Katalin Coburn said the company recalled the other peanut and almond butters because they were manufactured with the same equipment as the Trader Joe's product. None of the other products have been linked to illnesses.

Trader Joe's recalled the Creamy Salted Valencia Peanut Butter manufactured between May 1 and September 24, 2012 from its stores on Saturday after consultation with the FDA and the CDC. Coburn said the FDA is currently inspecting Sunland's plant in Portales, N.M.

Those sickened reported becoming ill between June 11 and Sept. 2, according to the CDC. More than three-fourths of those who became ill were children under the age of 18. No deaths have been reported.

Salmonella can cause diarrhea, fever and abdominal cramps 12 hours to 72 hours after infection. It is most dangerous to children, the elderly and others with weak immune systems. The illness usually lasts four to seven days and most people recover without treatment. In some people, severe diarrhea may lead to hospitalization or other dangerous complications that require antibiotics.

A list of all 76 products can be found here on Sunland's company web site.

No other Sunland or Trader Joe's products are included in the recall.

Basketball and the brain: Concussion risk in unexpected sports
Thanks for reading CBS NEWS.
Create your free account or log in
for more features.
View CBS News In
CBS News App Open
Chrome Safari Continue
Be the first to know
Get browser notifications for breaking news, live events, and exclusive reporting.