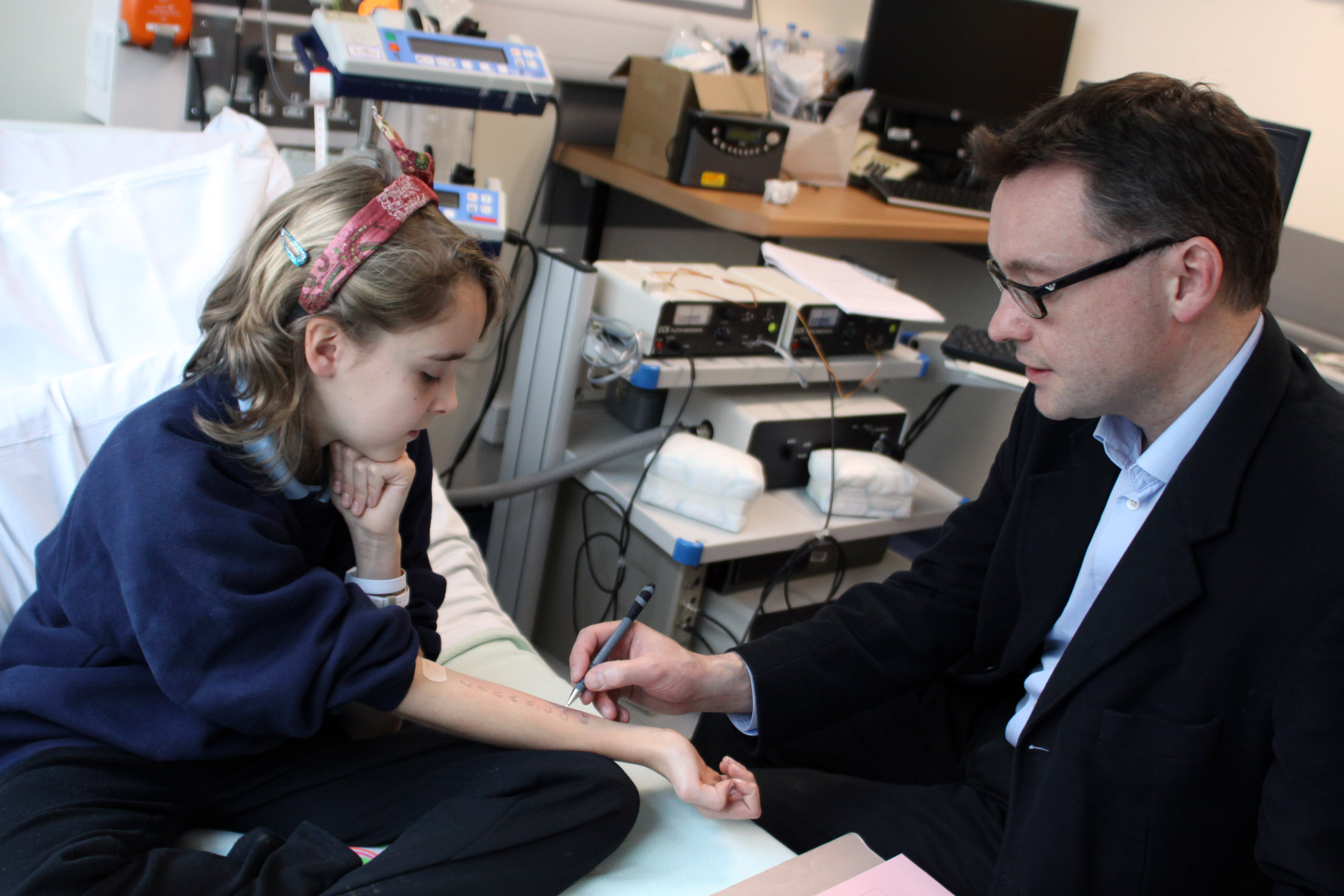 LONDON -- An experimental therapy that fed children with peanut allergies small amounts of peanut flour has helped more than 80 percent of them safely eat a handful of the previously worrisome nuts.

Although experts say the results of the carefully monitored study are encouraging, they warn it isn't something that parents should try at home.

Peanut allergies are on the rise globally and affect about 1 in 50 children, mostly in high-income countries. The consequences can be life-threatening - peanuts are the most common cause of fatal food allergy reactions. There is no way to avoid a reaction other than just avoiding peanuts. Allergy shots used for environmental triggers like pollen are too risky.

Doctors at Addenbrooke's Hospital in Cambridge started by giving 99 children aged seven to 16 with severe peanut allergies a tiny 2-milligram dose of a special peanut flour mixed into their food. Slowly they increased that amount to 800 milligrams. The dose increases were given at a research facility where the children were observed for any dangerous side effects - the most frequent were itchiness in the mouth, stomach pains or nausea.

After six months of treatment, more than 80 percent of the children can now safely eat five peanuts at a time.

"This made a dramatic difference to their lives," said Dr. Andrew Clark of the University of Cambridge in Britain, who led the research. "Before the study, they could not even tolerate tiny bits of peanuts and their parents had to read food labels continuously."

The intention of the treatment isn't to help kids eat large amounts of peanuts, but to prevent a life-threatening allergic reaction in case they accidentally eat trace amounts.

Clark said the treatment works by retraining the patients' immune systems so they can gradually build up a tolerance to peanuts, though he guessed they might need to keep taking it for several years. He and colleagues plan to offer the treatment soon in a special peanut allergy clinic as well as beginning larger studies.

The study was paid for by Britain's Medical Research Council and the National Institute for Health Research. It was published online Thursday in the journal, Lancet.

In an accompanying commentary, Matthew Greenhawt of the University of Michigan described the study's results as "exceptionally promising" but predicted the treatment was still "years away from routine clinical use." He noted that previous research that used a similar approach for milk allergies had failed and said it was unknown if the peanut therapy could produce "lasting tolerance."

Unlike other childhood food allergies, children rarely outgrow a nut allergy. Schools across Canada and the United States have taken a host of measures to combat the problem, some airlines have stopped serving packaged nutsm, and there's been a fierce debate over whether peanut butter should be banned from schools.

Lena Barden, 12, used to suffer serious swelling and breathing problems after eating just trace amounts of nuts. But since she joined the study more than two years ago, Barden's tolerance has grown and she now eats five peanuts a day. While Barden says she still hates peanuts, the trial has allowed her to indulge in the previously forbidden nuts.

"I'd never tried a doughnut before I was 11 because they (could) contain traces of nuts," she said.

Then a friend bought a pack and offered her one.

"It was amazing," she said. "I ate the entire packet."