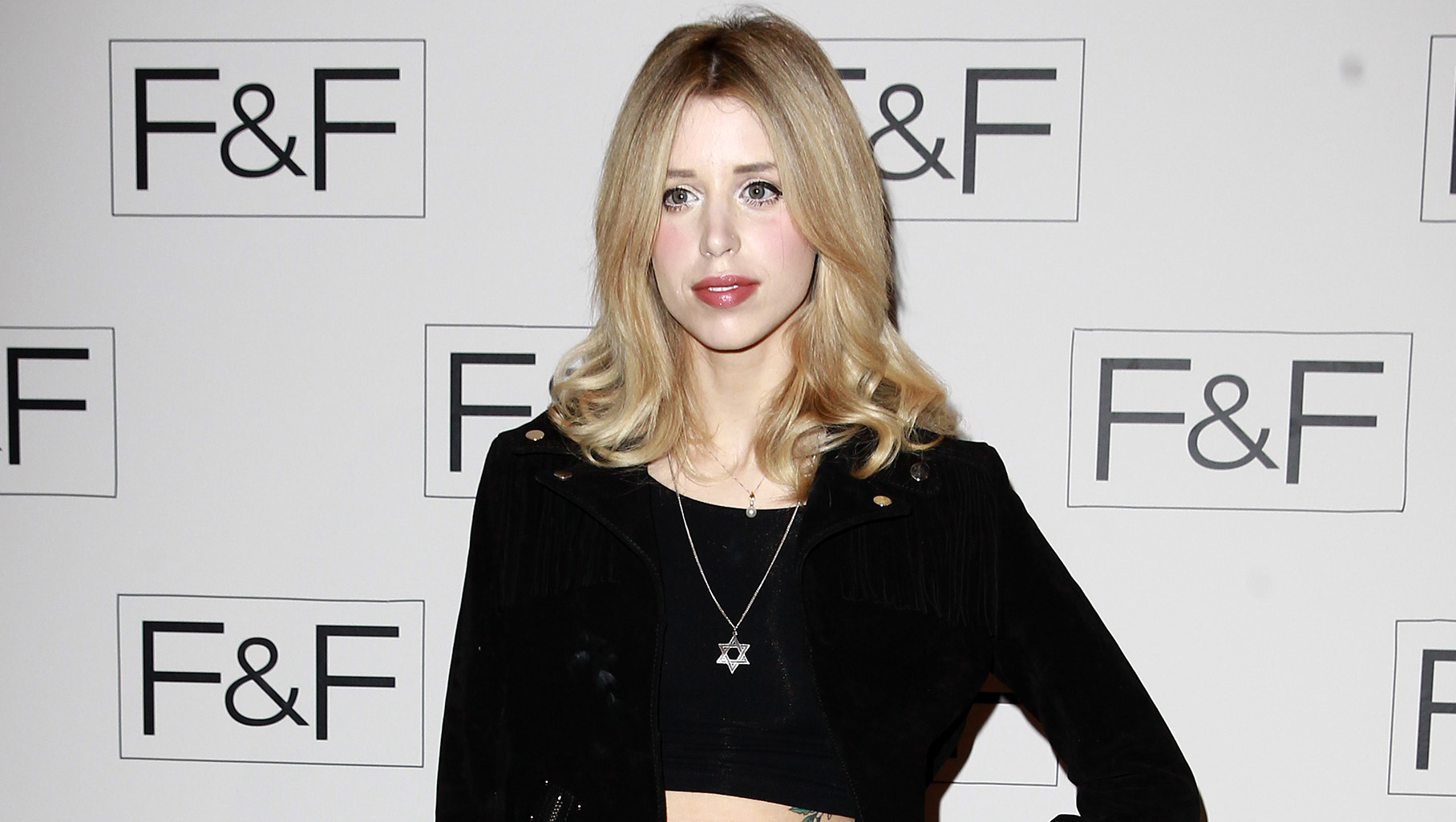 Peaches Geldof, the wild-child second daughter of concert organizer Bob Geldof who worked as a model, a television presenter and a fashion writer and filled the pages of British tabloids with her late-night antics, has died at age 25.

There was no immediate word on the cause of her death at her home in Wrotham, Kent, southeast England.

Her father said in a statement Monday: "Peaches has died. We are beyond pain."

"She was the wildest, funniest, cleverest, wittiest and the most bonkers of all of us," he said. "Writing `was' destroys me afresh. What a beautiful child. How is this possible that we will not see her again? How is that bearable? We loved her and will cherish her forever."

It was signed by Bob, Jeanne (his partner), sisters Fifi and Pixie and half-sister Tiger Geldof.

The news came as a shock to Britain's entertainment and fashion circles, where Peaches had been active. She was a frequent attendee at fashion shows and was photographed just last week at a show in London. She had written for Elle magazine and was a contributor to the U.K.'s Guardian and the Telegraph.

Kent police declined to name Geldof, but when asked about her death they said in a statement that officers were called to a house near Wrotham following a report of concern for a woman's welfare Monday afternoon. They said the 25-year-old woman was pronounced dead by emergency officers, and that the death is being treated as "unexplained and sudden."

Peaches was married twice -- her first, to Max Drummey, vocalist with U.S. indie rock band Chester French - lasted only six months and ended in 2009. She leaves behind two sons and her second husband, musician Tom Cohen. The boys are 23 months and 11 months old.

"My beloved wife Peaches was adored by myself and her two sons Astala and Phaedra, and I shall bring them up with their mother in their hearts every day. We shall love her forever," Cohen said in a statement.

The last tweet Peaches sent on Twitter was on Sunday, when she posted a photograph of herself as a child and her mother with the caption: "Me and my mum."

Peaches was a girl of 11 when her mother Paula Yates died of a drug overdose in 2000.

Reaction in Britain was disbelief.

"It's very, very sad. Peaches has overcome a lot in her childhood, seemed to be getting her life together. You hear something like this and words can fail you. It's just tragic, terrible news," Ray Levine, Peaches' former publicist, told Sky News.

"Having to deal with the death of your mother at such a young age would be difficult for any child, let alone someone in the public spotlight. But Peaches overcame that," he said.

Geldof, a former Irish rock star, is best known as the organizer of the 1985 Live Aid concert for Africa and the Live 8 concerts. The anti-poverty advocate has also long argued that the global financial system is inherently unstable and unfair.