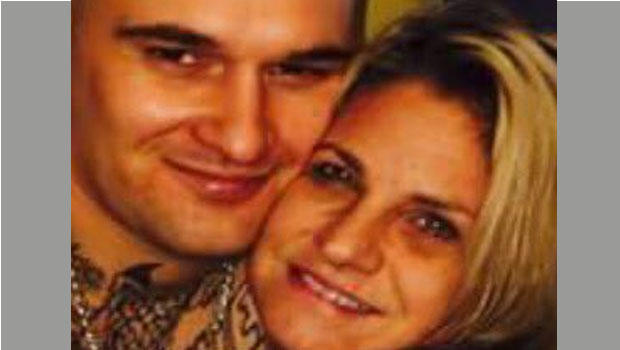 PEABODY, Mass. -- Police have made an arrest in the gruesome slayings of a couple found dead in the basement of a suburban Boston-area home, reports CBS Boston.

Michael Hebb, 45, is charged with two counts of first-degree murder in the deaths of Mark Greenlaw, 37, and Jennifer O’Connor,  39, reports the station. Police and a SWAT team took Hebb into custody without incident on Monday in Peabody.

The Essex County District Attorney’s office on Monday identified the victims as Greenlaw and O’Connor. Authorities said they were dating and thought to have been living together at the Peabody home where they were found dead, the station reports.

Police first discovered the gruesome scene Saturday night, when a woman ran from the house and flagged down a car. The woman then told Massachusetts State Police that a crime had occurred at the house.

Sources told CBS Boston the couple were found shot to death, their bodies wrapped in rugs and plastic. Sources also told the station there were body parts at the murder seen, but investigators would say only they were awaiting autopsy results.

Essex District Attorney Jon Blodgett told reporters on Sunday that X-ray equipment and K-9 units were being brought to the scene.

Monday morning, police said they were searching for two suspects who were possibly driving a gray 1992 Acura that was stolen in Middleton. Police said they may be armed.

After Hebb’s arrest, they said a second suspect was still at large.

Peabody police had been called to the home several times in the past. Police said they believed the killings were targeted and not a random act.

Hebb is due to be arraigned in Peabody District Court Tuesday morning.