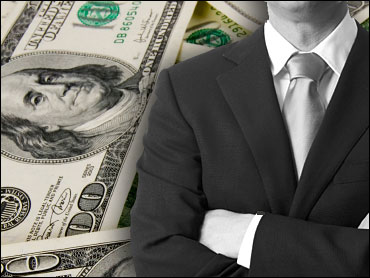 You think everyone would have something they dislike about their job - with the notable exception of the people at State Bank and Trust in Fargo, N.D., CBS News correspondent Steve Hartman reports.

"What do you hate about this company?" Hartman asked some workers.

One said: "I haven't found anything yet."

Another: "No, this is a good place to work?

"What do I hate about management? They're just too nice!" One worker said.

Another worker said, "They care about their employees."

The conclusion: Take this job and love it!

Another worker's reaction to Hartman's question, what do you hate about working here, was: "I have to go home."

What, is this McDonalds?

In '06 they staged a game show with COO Solberg as the bald host of Deal or No Deal.

Again this Christmas, the bank gave everyone another $1,000.

The tapes are just now starting to roll in, and they run the gamut: from the woman who paid for an abandoned kitten to get a life-saving surgery to the guy who gave the money to a friend whose car got stolen.

One worker bought DVDs and DVD players for the local cancer ward while another turned her check over to a young, struggling, brand-new widow.

And what did the workers get out of it?

"Just a real good feeling of giving," one said.

Another: "You actually truly see the benefit better by doing it yourself."

And another: "It actually gets to the people that we know in the community that need it."

Employees say this gift of giving is truly the best bonus they've ever gotten. And they're already counting the days 'til next Christmas.

"Now the pressures definitely on to come up with something good," Solberg said. "We're working on it."